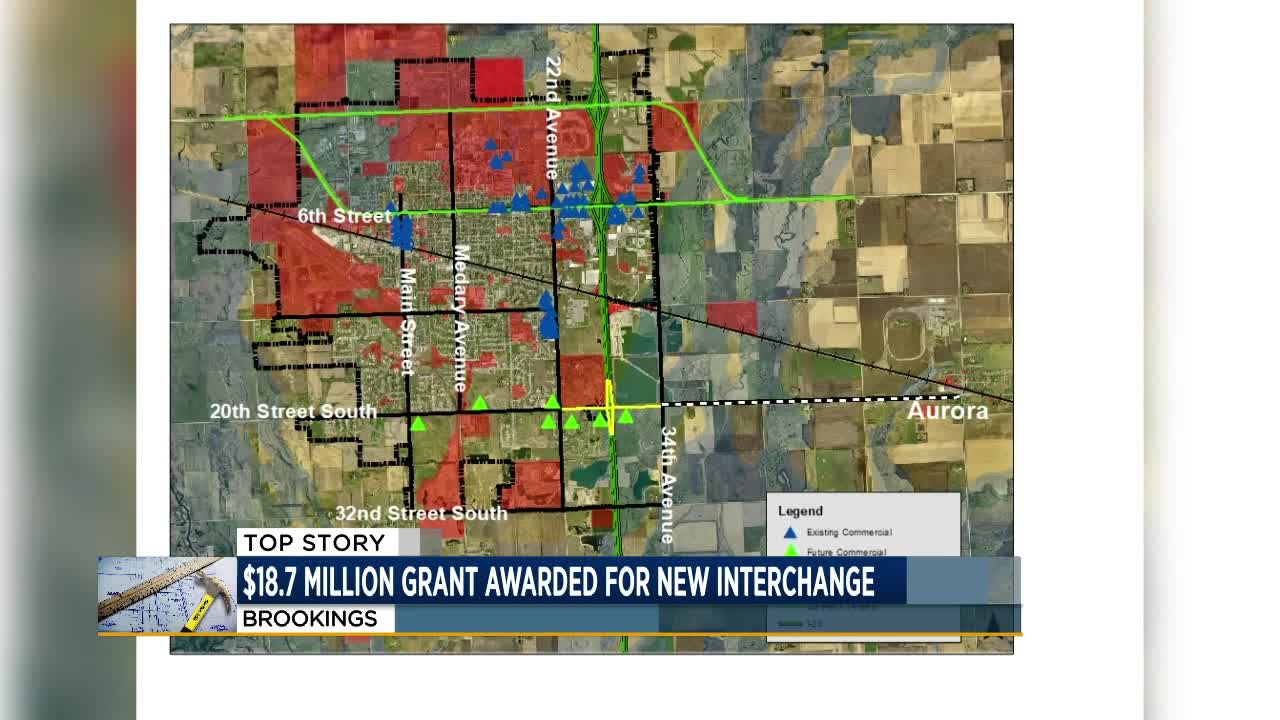 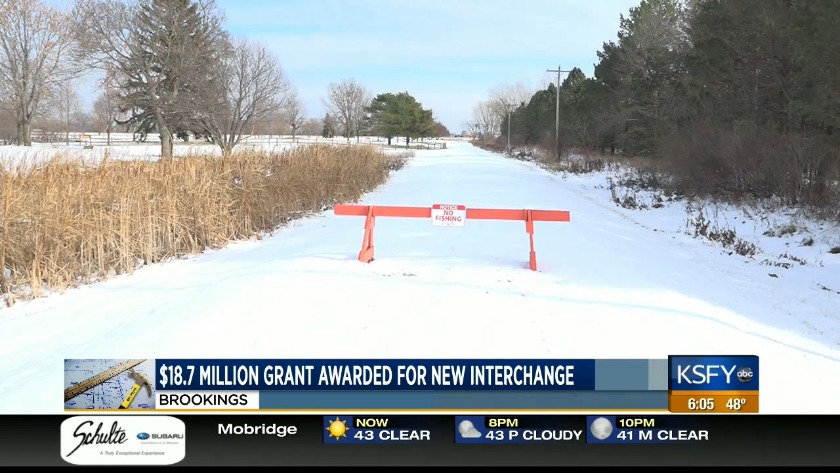 BROOKINGS, S.D. (KSFY) - The United States Department of Transportation has awarded the city of Brookings an $18.7 million dollar grant in critical infrastructure. The money will go towards building an interchange over Interstate 29 and 20th Street South.

For many years city leaders have considered adding additional access to provide traffic flow between residential and commercial areas where major businesses stand.

The city of Brookings applied for the BUILD grant last year but ultimately had to make corrections before trying again this year.

With the help of state and city leaders, the BUILD grant was awarded. It's a program that helps cities and states develop infrastructure projects around transportation.

"This project has been a long time coming here in Brookings. It’s been included in the city's comprehensive plan prior to the year 2000. So really two-plus decades of interest in trying to create this connection across the interstate for the community," Brookings Economic Development Corporation Executive Director, Al Heuton said.

Adding the interchange will provide opportunities to start on new developments on the south side of Brookings also adding better access to Interstate 29 for those who are in south Brookings.

"Brookings is growing at 4.5 percent a year and we certainly need more land for development. Of course, this will open up 240 acres more, but the other side is just that the economic impact this will have on Brookings," Mayor of Brookings, Keith Corbett said.

Without the new interchange, it would not be possible to develop the area without interstate access.

"Right now with the direction, everything is growing in Brookings to the southwest in terms of residential development we do not have a great deal of commercial activity in that area. We'd like to see more commercial development that helps support neighborhoods," Heuton said.

Before committing the money the city held public hearings. Mayor Corbett says that the public was fully behind the plan.

“With the help of the infrastructure funding awarded by DOT, the City of Brookings will be able to move forward with this important project, which will relieve congestion, improve safety, and spur economic growth,” said Thune. “I want to congratulate the Brookings community and its leaders for advocating for this funding, and I’d like to thank Secretary Chao for recognizing how important projects like these are to South Dakota communities.”

“Thanks to Secretary Chao for her commitment to investing in infrastructure projects in South Dakota,” said Rounds. “This BUILD grant will help relieve congestion along an important intersection in the city of Brookings, allowing for easier traffic flow in the area. We’re grateful for all state and local officials who work to make sure our roads and highways are maintained so we can get where we need to go safely and efficiently.”

“Brookings and the surrounding communities have seen tremendous growth over the last several years,” said Johnson. “This BUILD Grant will allow Brookings to continue on a path of economic success and foster opportunity for the I-29 corridor.”

Designs are still being planned with construction beginning in late 2021. The interchange is expected to open in the first quarter of 2023.