26th Street bridge work to force temporary closures of I-229 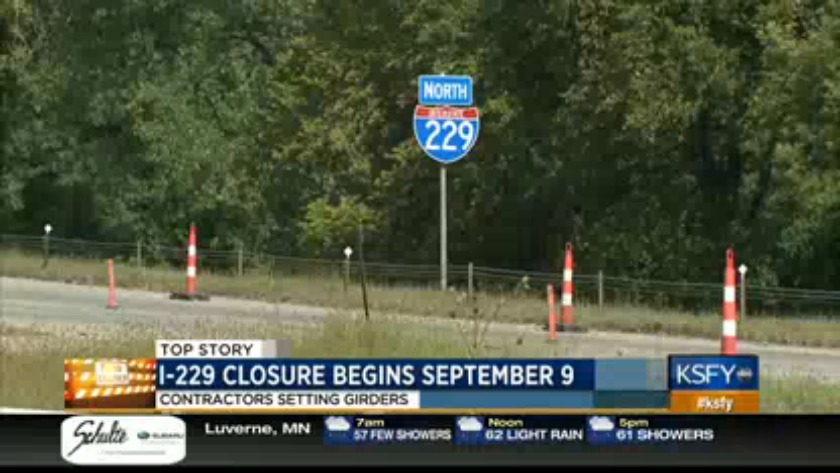 Construction update on 26th and I-229

Beginning Monday, Sept. 9, I-229 between the Cliff Avenue and 10th Street exits will be closed from 8 p.m. to 6 a.m. for up to eight nights, according to the South Dakota Department of Transportation.

Authorities say the interstate closure is needed for the contractor to set girders on the new 26th Street bridge over I-229. Traffic will be diverted off I-229 at the Cliff Avenue and 10th Street exits.

The new structure at the 26th Street exit is part of the $36.5 million project being completed on I-229 and 26th Street.

Concerned drivers would like to see changes to Aberdeen intersection

After 11 years, I-29 project in Sioux City nearly over

Concerned drivers would like to see changes to Aberdeen intersection

After 11 years, I-29 project in Sioux City nearly over