Final piece of the Arc of Dreams installed today 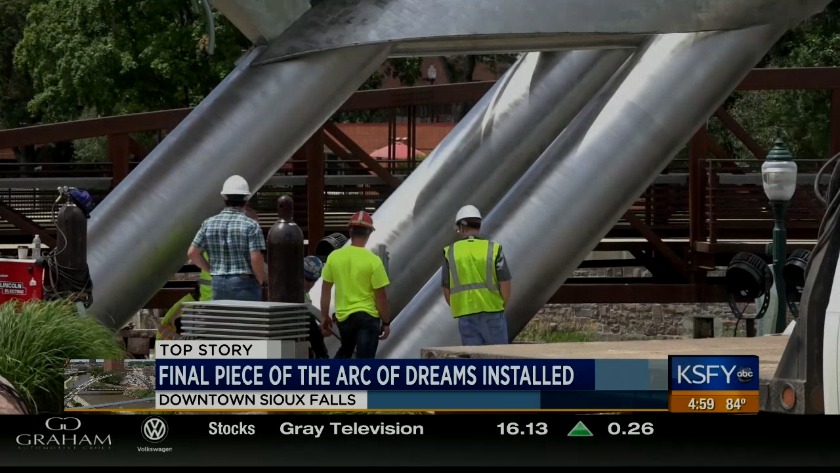 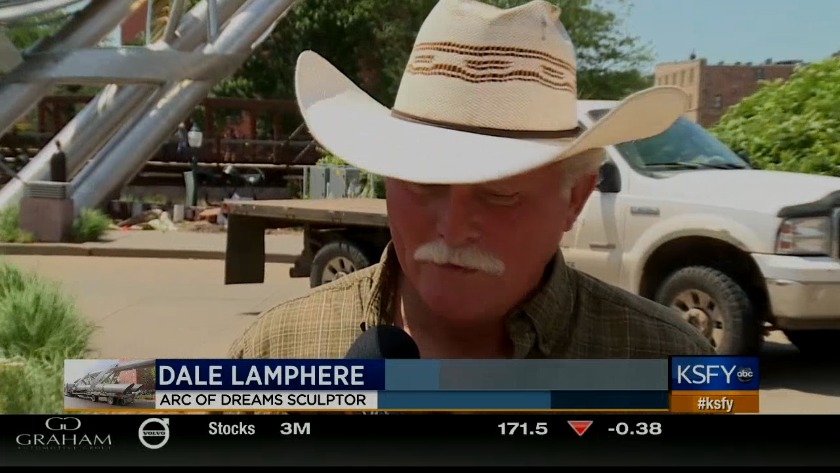 SIOUX FALLS, S.D. (KSFY) - After years of planning, designing and construction, the Arc of Dreams is in place.

The completed structure now spans the width of the Big Sioux River. The second half of the arc was lowered into place Thursday afternoon. It was then attached to its base by welders.

Heavy rain and wind delayed the process for a few hours Thursday morning but cleared up around noon.

Each piece of the arc spans 135 feet, nearly meeting in the middle. The gap that remains between the pieces symbolizes the leap of faith dreamers make to reach their goals.

The project has been six years in the making, and Thursday brings it to a close. The sculptor behind the project says it took a lot of people to turn his vision into a reality.

"It's been a tremendous amount of teamwork involved, I mean it's not possible to do something like this on your own," said Dale Lamphere, Arc of Dreams sculptor. "I would imagine that 100 different people have had a hand in this and that maybe isn't counting the fundraising that went on."

People who donated to the project will have their names inscribed on a set of pillars or the "Wall of Dreams."