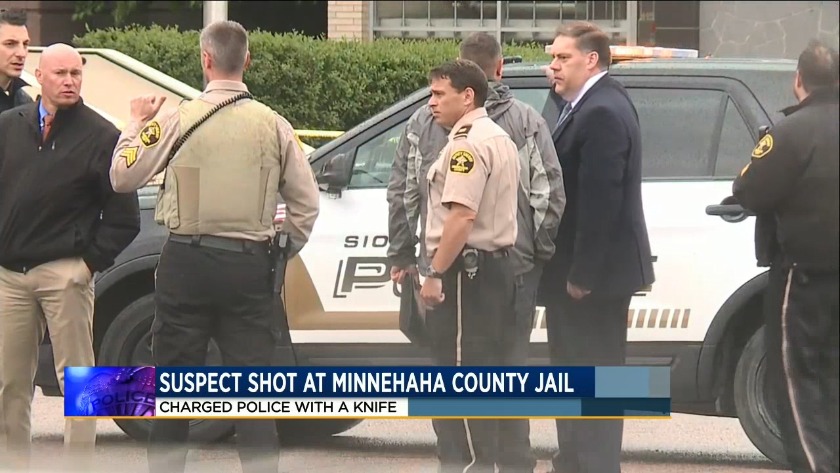 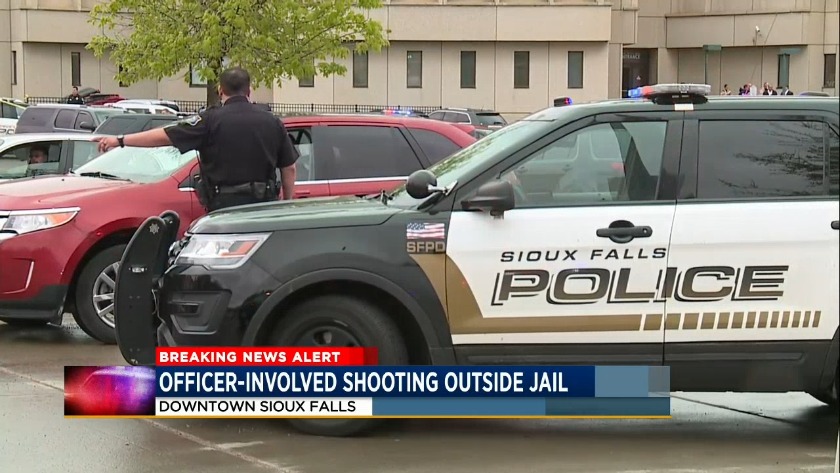 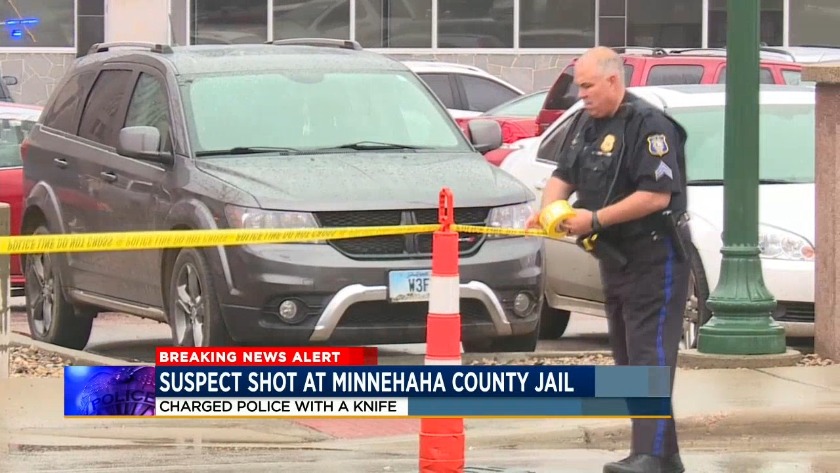 Authorities said the subject entered the Minnehaha County Jail's front lobby, creating a disturbance. Deputies and corrections officers were dispatched to address the situation. Shortly after, authorities said the suspect began hitting the glass door of the lobby with an object, and an officer attempted to keep the doors shut. The door shatters in the process, causing the officer to suffer minor injuries.

The subject was transported to a local hospital where he is being treated for his injuries.

The Sioux Falls Police Department and South Dakota Highway Patrol assisted on the scene. The South Dakota Division of Criminal Investigation is investigating the incident.

KSFY News is aware that many viewers have seen a video of the shooting in a Facebook post circulating on social media. At this time, KSFY does not have permission from the owner of that video to use it on television. The owner's Facebook post can be found here.

Authorities said the suspected entered the Minnehaha County Jail lobby with a glass object. The subject came to the front desk of the jail—between the front desk officer and the main lobby.

The subject then began hitting against the window using his glass object. Jail staff responded as the subject went out into the jail parking lot.

At some point, the man charged a deputy in the parking lot with a knife. The subject was shot by the deputy. Two shots were fired.

One deputy sustained minor injuries during the incident from broken glass.

The subject was taken to the hospital. His condition is unknown.

The courthouse was locked down during the incident.

Sheriff Mike Millstead said during a briefing that the South Dakota Division of Criminal Investigation is looking into the shooting.