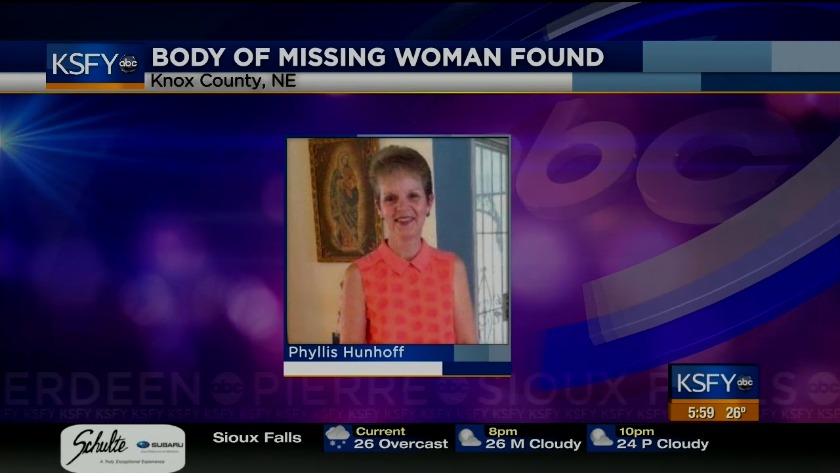 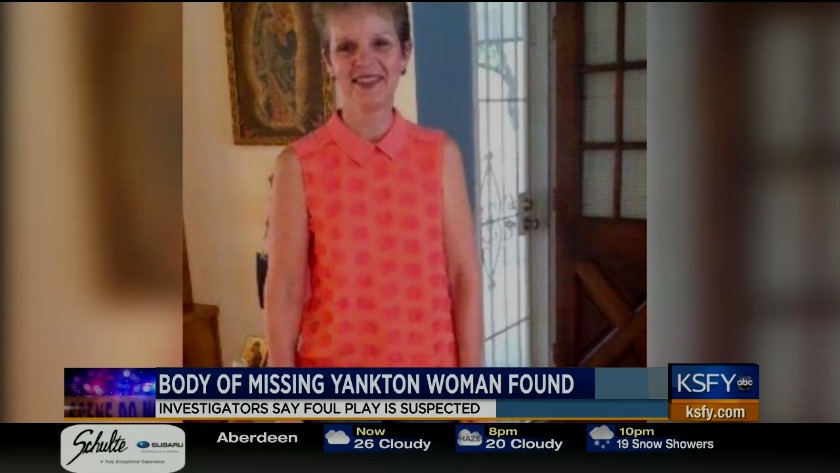 (KSFY) - Authorities say foul play is suspected in the death of a missing Yankton woman whose body was found in Nebraska.

The body of 59-year-old Phyllis Hunhoff was found Wednesday in rural Knox County, Neb., according to the Yankton County Sheriff's Office.

Hunhoff was first reported missing Monday. Authorities say she was last seen leaving her mother's home in Utica Sunday night. She did not show up for work the next morning.

No other details have been released.

Man arrested for 4th DUI after crash in Aberdeen

Man arrested for 4th DUI after crash in Aberdeen