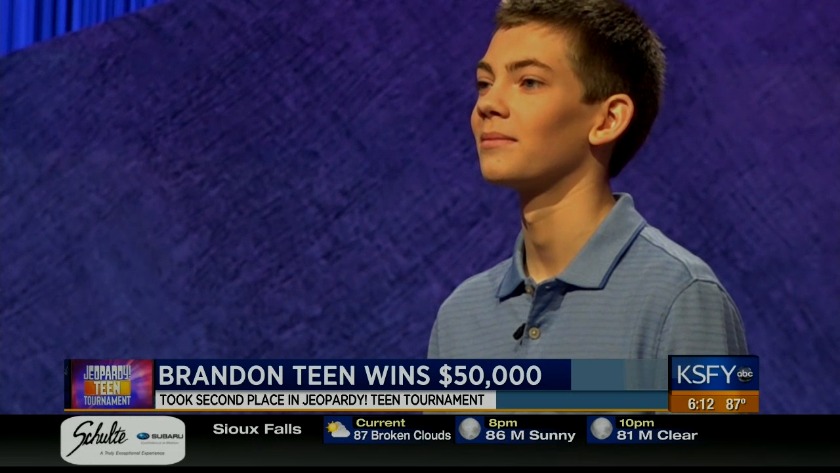 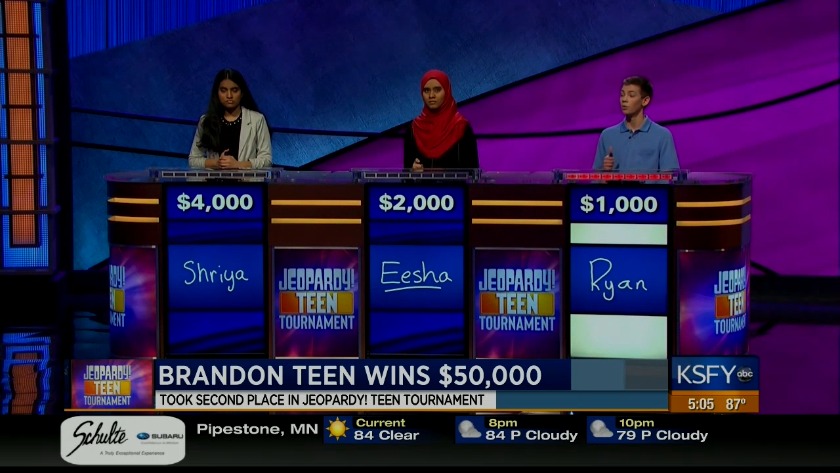 SIOUX FALLS, S.D. (KSFY) - A teen from Brandon is now $50,000 richer after taking second place in the Jeopardy! Teen Tournament.

Ryan Presler battled it out with a senior from Oregon and a junior from Florida in the two-day final.

After day one Ryan was in second place with just under $16,000. After day two he ended up with nearly $43,000, good enough for second place.

We will have more on Ryan's Jeopardy experience in the 5 and 6 p.m. newscasts.