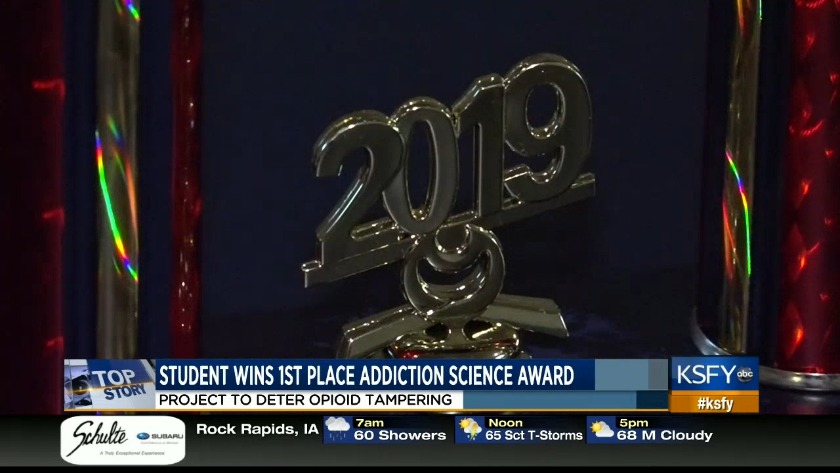 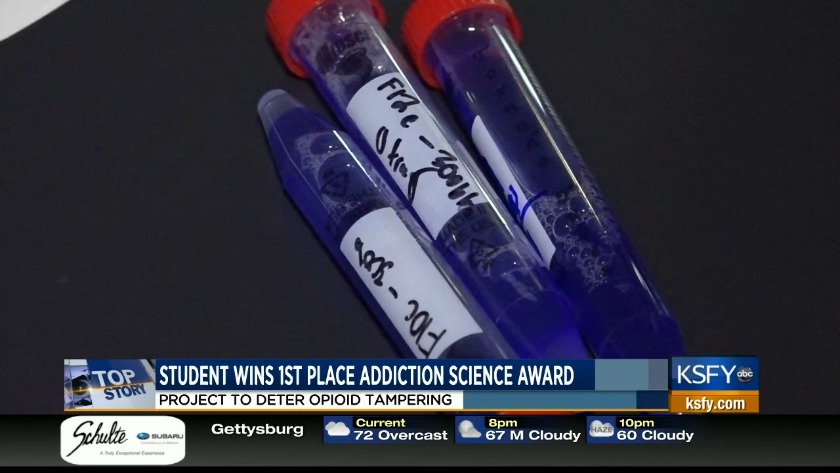 The recognition originated from his project to fight the opioid epidemic here in South Dakota and around the world.

Aditya Tummala is only 14-years-old and he's found a new technology that could potentially solve the problems of the opioid epidemic. This project may be the new leader in combating prescription opioid abuse.

Tummala developed a gummy-like substance similar to a gummy bear that would make a tamper-proof opioid pill, that means the pill cannot be crushed or melted for snorting or injecting.

"It's an innovative tablet technology to prevent tampering for opioid tablets," Tummala said.

His project is called 'Tampr-X.' This new innovation would make it harder for people to misuse prescription pills, but retains the same therapeutic benefits.

He started thinking of this idea while he was in only 7th grade.

"I thought of this because I was really curious about the world since a really young age," Tummala said.

When he was waiting for his name to be called for awards he anxiously waited in anticipation not thinking his name would be called.

"They said third place and then second place and my hopes kept going down and then they said first place and that was my name and I was super excited because it was beyond something I could ever imagine getting at an international science fair so that was really unbelievable," Tummala said.

And he had his dad there right by his side cheering him on.

Other than working to cure opioid addiction he finds time to be a normal teenager and while putting in countless number of hours on this project he's learned through trial and error.

"So when he came up with the idea it sounded really silly. It sounded like a kid idea we were laughing at it but then when we started moving forward it shaped up," Aditya’s dad, Hemachand Tummala said. "That's an experience I think for children to learn."

Aditya said that 'Tampr-X' has proven to be successful and he's begun reaching out to non-profit organizations to team up with.

'Tampr-X' has a U.S. patent pending on it to help get something like this regulated through the Food and Drug Administration.

Several activities offered by Siouxland Libraries for the summer

Several activities offered by Siouxland Libraries for the summer