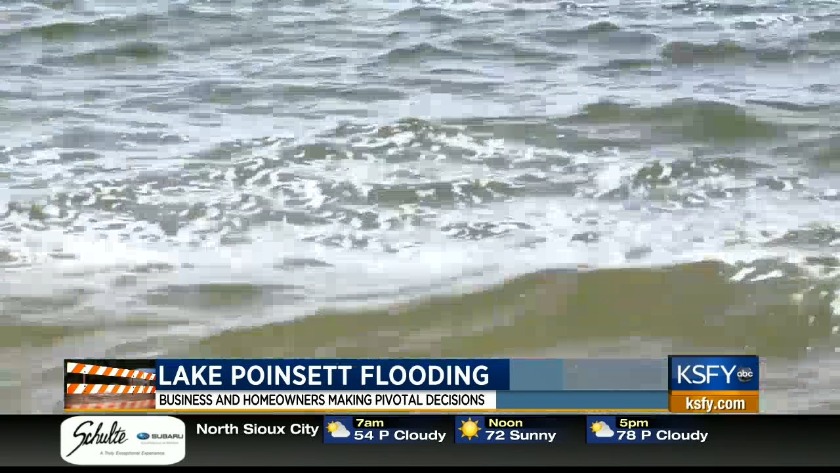 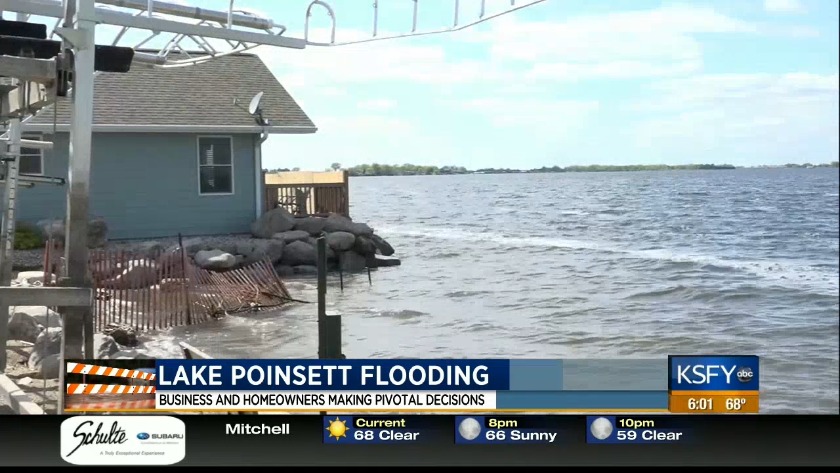 Decrease in business at Lake Poinsett

ARLINGTON, S.D. (KSFY) - Communities in South Dakota and surrounding states have been dealing with significant flooding throughout this wet spring. With more rain in the forecast, there are still tough decisions to make.

By Lake Poinsett, businesses and residents have been drastically affected.

Lake Poinsett has been hit with strong winds and flooding over the past few weeks but business owners are determined to keep that from ruining their operations.

Lake Poinsett residents have dealt with rain, flooding and strong winds. The lake has even taken a piece of homes with it.

But other than homes being damaged businesses are starting to see decreasing customer traffic. Memorial Day weekend is usually a busy time of year for business owners on the lake.

"The lake has really kind of teamed together. You see a lot of people helping especially on the west side sandbag and rebuild stuff over there. There’s quite a bit of activity going on, there was a lot of shoreline that was lost, some structural damage to some properties so the lake will bounce back again," Dixon said.

The weather hasn't been the best. It's been rainy, cold and boat traffic has been down due to the water on the lake being too rough. Because of the weather and flooding on the lake businesses aren't seeing as many customers during this holiday weekend like normal.

"Our traffic was probably four times what it is this weekend. Like I said the lakes still open and it's safe," Dixon said.

Dixon said that traffic in the area has been down about 50 percent but the lake has calmed down tremendously.

The parking lots for businesses are usually full but this year they're looking pretty empty.

"There's a lot of private residences even a couple of businesses on the west side of the lake have had some damage but not enough to keep them from opening. They’re still open and they're ready for customers," Dixon said.