UPDATE: Car crossed I-229 median ahead of deadly crash 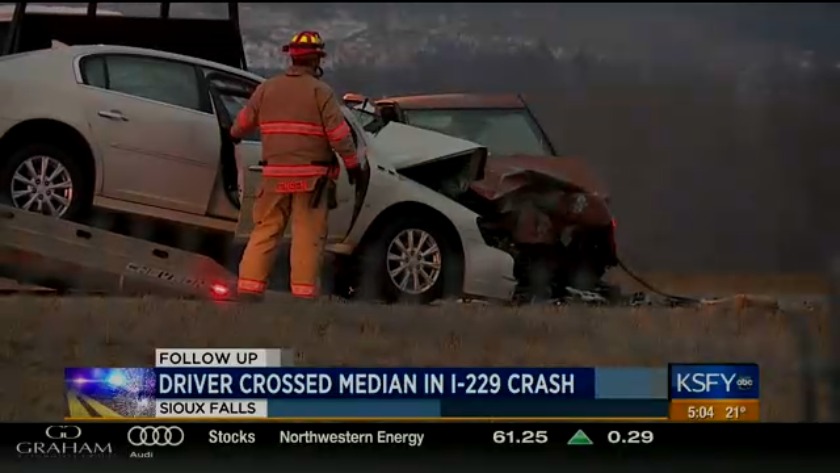 Driver crossed median in I-229 crash 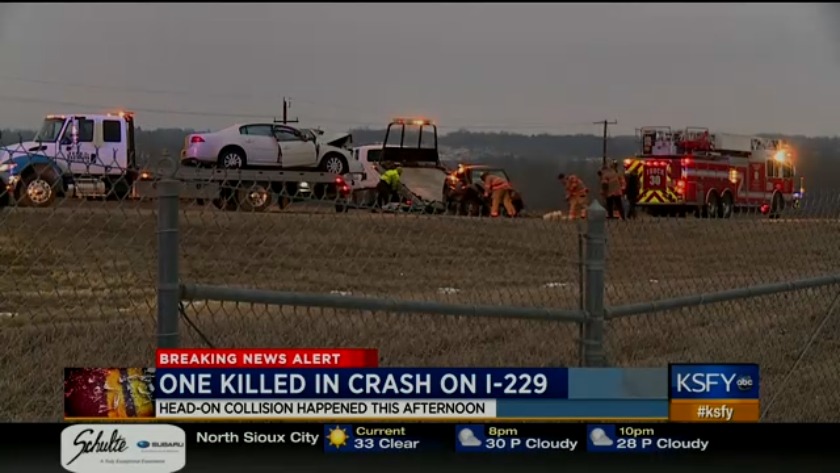 The accident took place Tuesday afternoon on I-229 near the Benson Road exit.

The driver of the Cavalier, a 25-year-old woman, was pronounced dead at the scene. Troopers say she was not wearing a seat belt.

Crews had to extricate the driver of the Buick, a 65-year-old woman, from the vehicle. She was hospitalized with serious but non-life-threatening injuries. Troopers say she was wearing a seat belt.

No one else was involved in the crash. Authorities have not released any names in connection to the accident.

One person is dead after a crash on Interstate 229 in Sioux Falls. A second person was taken to the hospital.

Mangan encouraged people to continue to avoid the area while crews remain on the scene.
____

Traffic is backing up on Interstate 229 near the Benson Road exit due to a crash.

Crews are on the scene of the head-on collision that happened around 4 p.m.

The extent of injuries is unknown at this time.

This is a developing story.