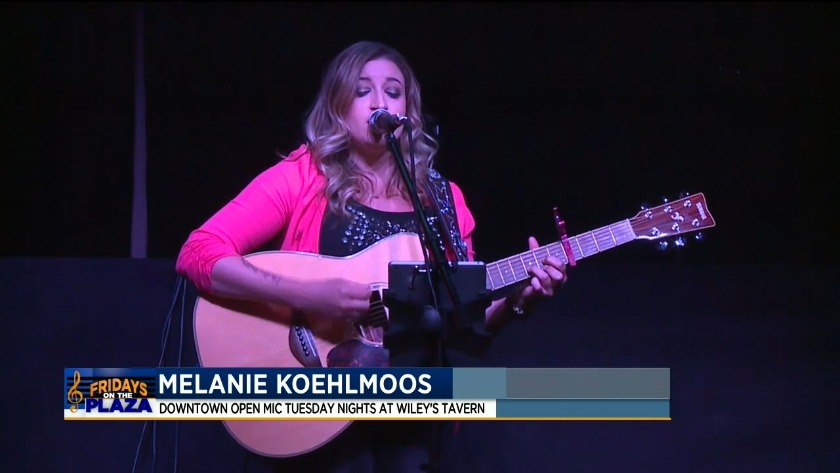 Sioux Falls, SD (KSFY) WIley's Tavern in downtown Sioux Falls is opening up the stage to the public every Tuesday night.

From live music to stand up comedy, performers from around the region share their talents Tuesday night at Wiley's from 9pm to midnight.

Melanie Koehlmoos is one of the performers at the weekly open mic nights in downtown Sioux Falls and is featured in this video.

You can catch some of the same great local musicians over lunch hour every Friday afternoon at KSFY's Friday on the Plaza.