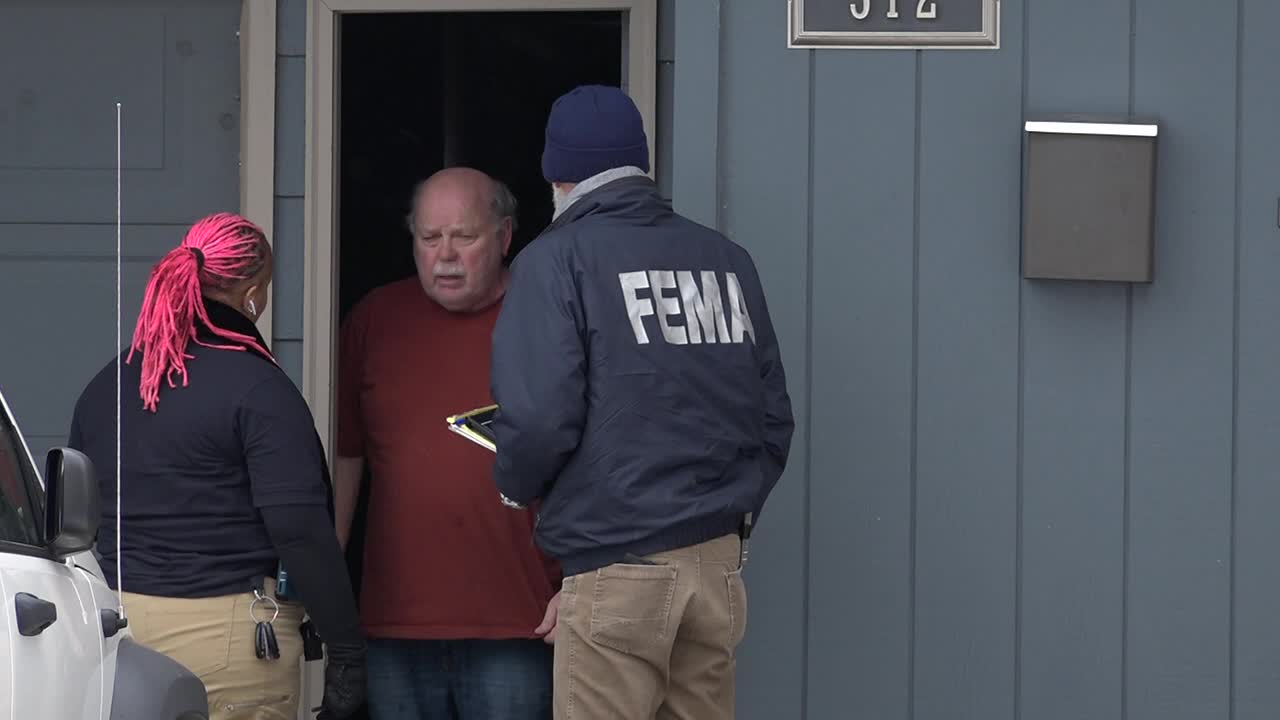 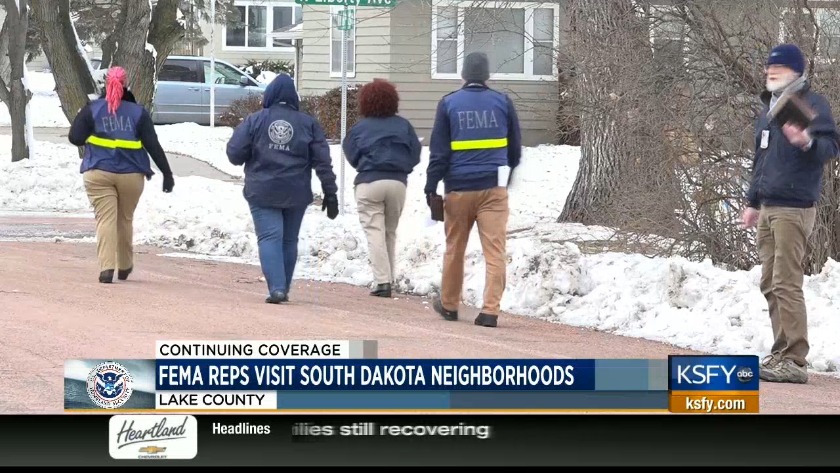 MADISON, S.D. (KSFY) - FEMA representatives are back in South Dakota going door to door to see how they can help flood victims recover after a hard year. Teams are in Lake County Friday ready to sign anyone up who suffered damage or loss.

FEMA officials are teaming up to provide federal aid to those who may need help after the devastating September flooding. One family KSFY News spoke to in September is still picking up the pieces months later.
"It’s been a struggle, but we're managing," Madison resident, Darlene Thompson said.

She and her family are living out of one room right now after their home was washed out by floodwater in September. Her neighborhood was covered in water and now it's covered in snow, but the work to return her home back to normal is far from over.

"A lot of work. We’re still working on our house," Thompson said.

They were living out of a camper for six weeks before weather conditions pushed them back into their unfinished home.

"Inspectors came and we brought them by boat to the house, but we ended up with about 10 inches of water on the main level along with our basement being full," Thompson said.

The home has been completely gutted and damaged by the high waters and now they're trying to get back to their new normal.

But FEMA teams are here to help going door to door in Lake County this week in areas where local officials have reported damage from the flood events.

"It came up all of a sudden and really as I understand it there were not even any flash flood warnings. It just was a freak of nature if you will and caught people by surprise as I understand it," FEMA spokesman, Nate Custer said.

Each resident that received damage, even the most minor of damage, qualifies for assistance, but Darlene already had flood insurance, to begin with.

"We don't duplicate insurance coverage but a lot of people do not have flood insurance. The national flood insurance program is separate from the typical homeowner’s policy," Custer said.

Amongst all the damage friends are coming together to help before the holidays.

"We had a friend give us a Christmas tree and I was thankful for that because I had lost all mine," Thompson said.

If you sustained losses or damage due to flooding you may be eligible for federal disaster aid. Representatives are carrying tablets to register flood victims right on the spot.

Remember any FEMA crew member will be wearing official gear and have official identification. The deadline to register for federal aid will be January 17.