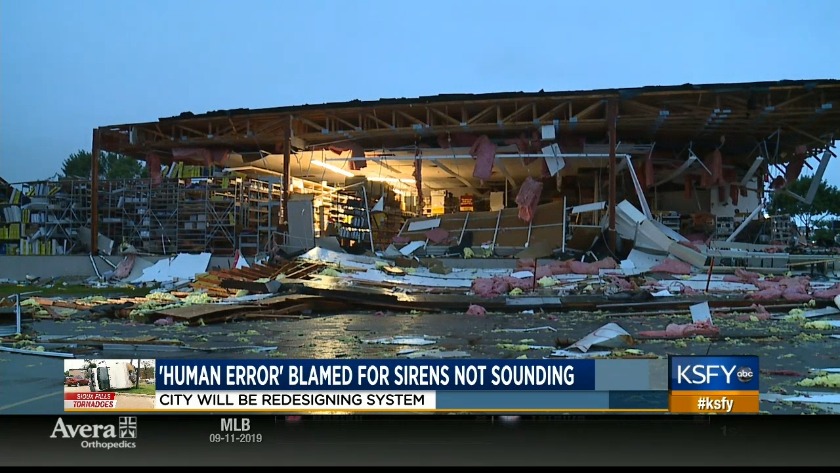 Mayor TenHaken says a 'Human Error' blamed for no sirens 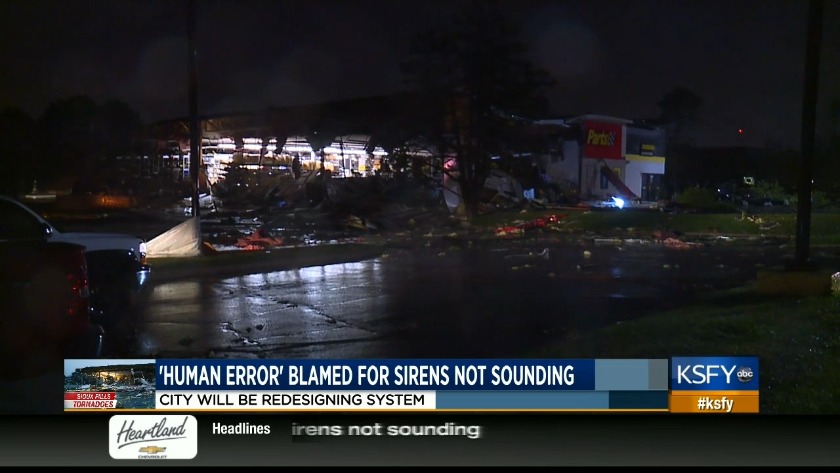 SIOUX FALLS, S.D. (KSFY) - One of the biggest questions we've heard after the tornadoes from people is why didn't the sirens sound in my neighborhood? Many people were only notified by an alert on their cell phones.

Mayor Paul TenHaken addressed why the sirens didn't go off before the tornadoes hit last night.

"The wind is what woke us up. We didn't hear any sirens whatsoever," Sioux Falls resident, Dennis White said.

That’s what many Sioux Falls residents are saying after all Sioux Falls sirens weren't activated Tuesday night, only the sirens on the southeast side of the city.

He’s calling this mistake a human error after residents were left in the dark unsure if they should take cover.

A tornado warning was issued for the entire city of Sioux Falls.

"Our system is not broken. It works absolutely just fine, but there is a human aspect to operating a system and that's what happened in this case. We’re looking into actually redesigning that system per our meeting today," TenHaken said.

"Was it a human mistake that was caused by the failure of outlining a good procedure or it just happens?" Sioux Falls resident Ryan C. said.

Lex Linton listened for the sirens but heard nothing.

"My phone had an alert, checked that and before we knew it this huge bang. The tree fell down and the power went out," Sioux Falls resident, Lex Linton said.

"We couldn't figure out what was going on. It was very scary," White said.

"So I started looking out the window and started getting myself ready to maybe move and it just hit so fast that kind of everything fell at once and we just ran downstairs," Linton said.

TenHaken said this was a fast-moving system and by the time sirens could be activated the three EF-2 tornadoes would've ripped through the city already.

"I just want to remind people that sirens are one piece of the pie that we rely on to notify residents on what's going on with the weather," TenHaken said.

While everyone is focused on the relief efforts right now city leaders met about the issue Wednesday morning. They have plans in place going forward to redesign the system.

The sirens in Sioux Falls are tested on the first Friday of each month.

An inside look at an incident command center at Avera

An inside look at an incident command center at Avera