Lake Elmo residents head to the polls for Primary Election 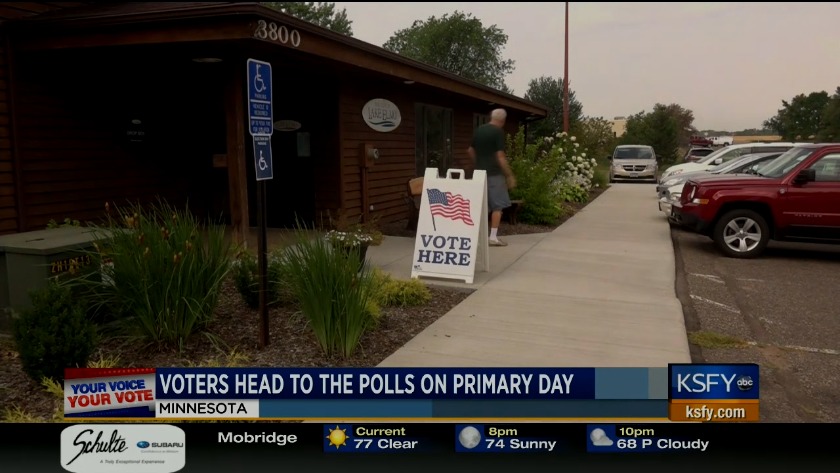 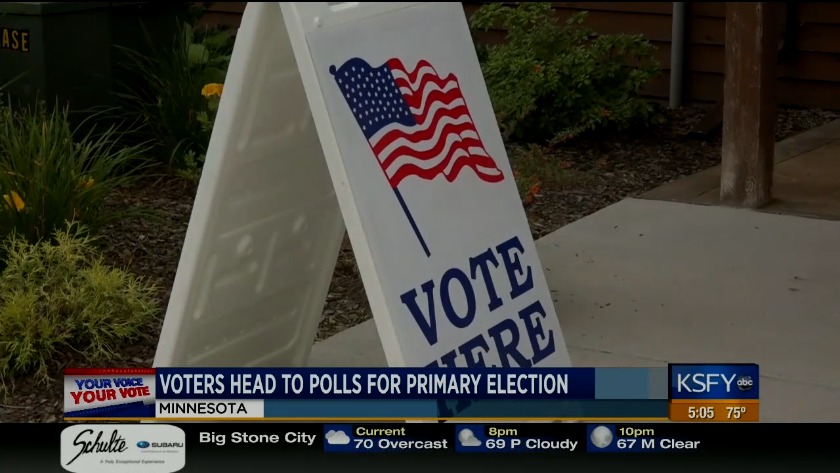 LAKE ELMO, Minn. (GRAY DC) - Minnesotans are at the polls with big decisions in their hands.

Voters in Lake Elmo told KSFY News how Tuesday’s vote will impact the Land of 10,000 Lakes.

It’s a farming town with an appetite for politics. They don’t sit out. They vote.

Lake Elmo is in Washington County, 15 miles from the Twin Cities.

While Minneapolis and St. Paul bleed blue, Washington County is more representative of the entire state. It leans slightly to the left as Minnesota did for Hillary Clinton in 2016.

Allen is the head election judge at the City Hall precinct.

"As we’re doing certain tasks, we have to make sure we have people doing that tasks from both parties, or two different parties, but otherwise for me it’s a party neutral day," Allen said.

Voters we’re talking to seem to be split down the middle. Larry Weiss is choosing Democratic-Farmer-Labor candidates in this primary, including Lori Swanson for governor.

"If you don’t let them know what’s happening, then they don’t know where to turn and what do most people want," Weiss said.

Voters can choose which party to vote for at the polls, but they have to stick to that party up and down the ballot. Christine Hermanson is choosing conservatives.

"I feel like I need to be true to what I feel," Hermanson said.

Polls close in Minnesota at 8 p.m.

Meet the Candidates before June election

Noem & Sutton campaign on opposite sides of the state Monday

Meet the Candidates before June election

Noem & Sutton campaign on opposite sides of the state Monday