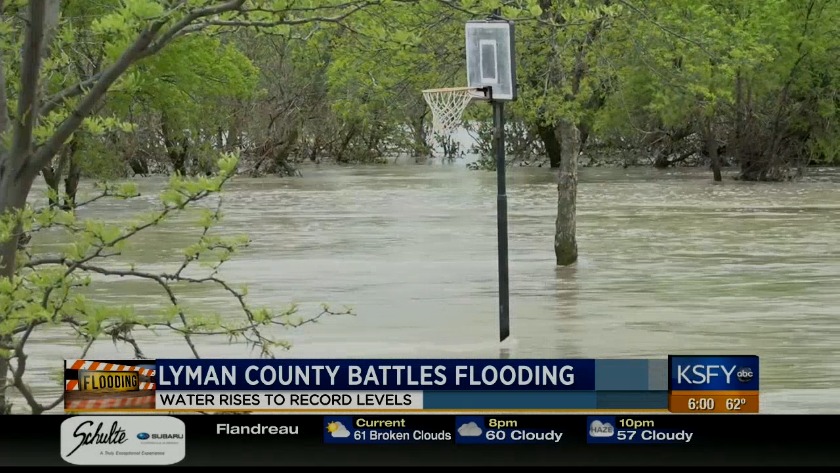 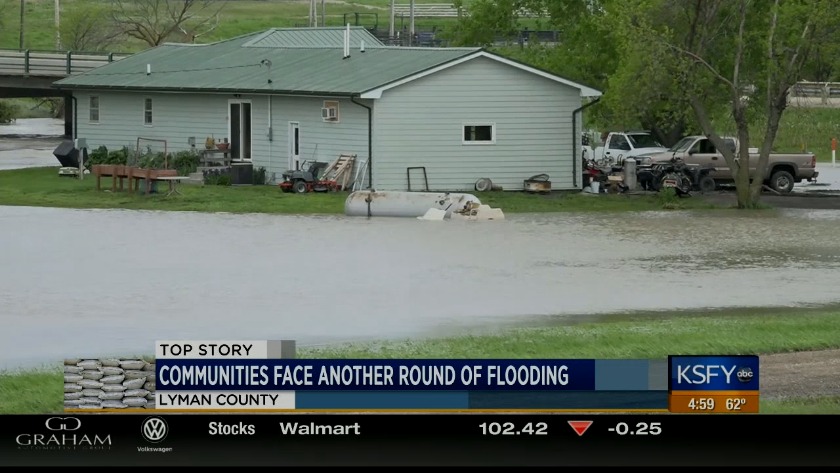 LYMAN COUNTY, S.D. (KSFY) - Many families along the Medicine Creek saw a lot of water flooding over its banks because of the heavy rainfall.

Now families are cleaning water out of their homes. Major flooding over the Memorial Day weekend is affecting people across Lyman County. Many have lost homes, farms and even some cattle.

"It is becoming a problem we've heard from several residents that roads are getting washed out and they're getting trapped," said Ryan Bottjen, Lyman County Sheriff's Department.

People within the community say that they've never seen the creek this high. The four inches of rain they saw here over the weekend caused record level flooding.

"Medicine Creek's been over since mid-afternoon yesterday," Bottjen said. "Farms and homes have been getting flooded out roads overflowing and a lot of people are getting cut off."

The creek started to recede Monday, but it's still causing problems for homes like this one in Kennebec.

Families 10 miles west in Presho living along the creek now have unliveable homes.

The Terca family uses this home for hunters to live in during hunting season.

"We're going to do the best we can to just move on and clean up and see what we can do," Terca said. "I'm sure everybody's going to help out and the town's going to come together."

Terca said there's not much they can do if the creek keeps flooding and it's just not worth rebuilding.

"We actually have another house in town that we'll have to go to and try to use more and have the hunters stay over there," Terca said."We'll try to clean this up and that house actually flooded in 1997."

That last flood also left four feet of water in the home.

The roads in the area have also been bad, keeping farmers from planting in their fields.

"We haven't been able to get to our fields and that's part of the reason why we're going to have to prevent plant," Terca said. "It's just not looking good out here right now."

The water in the area has gone down since yesterday.

The family that owns this home tells me they will clean up. They hope flooding like this won't happen again.

Minnehaha Emergency Management is getting ahead of Spring flooding

Minnehaha Emergency Management is getting ahead of Spring flooding