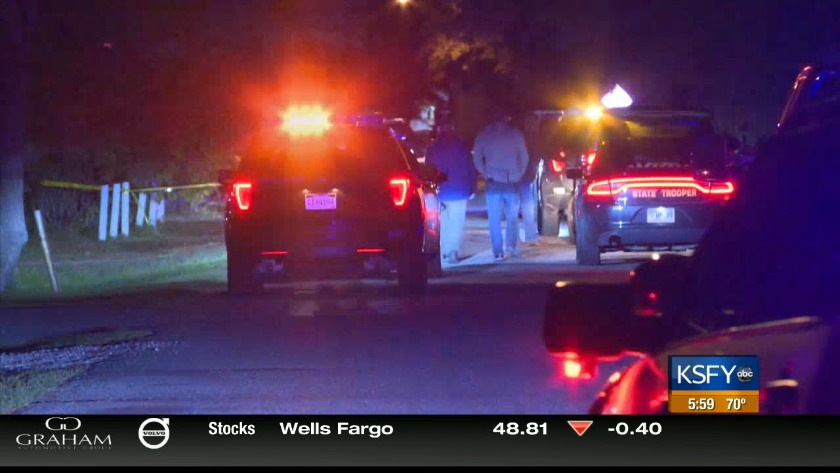 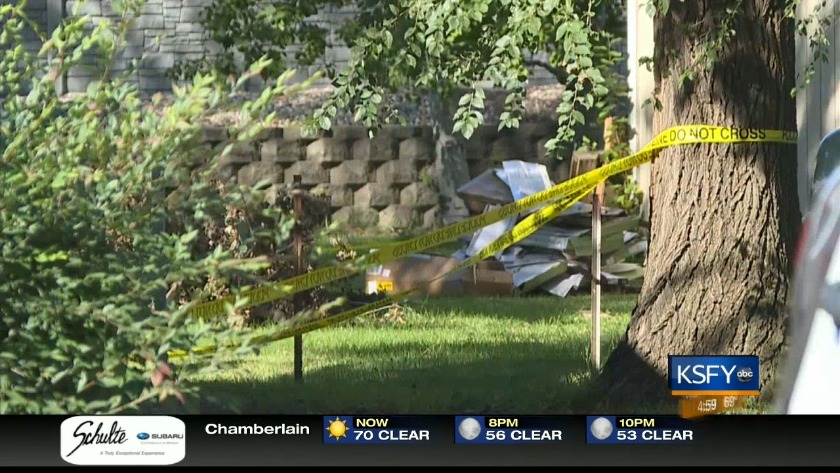 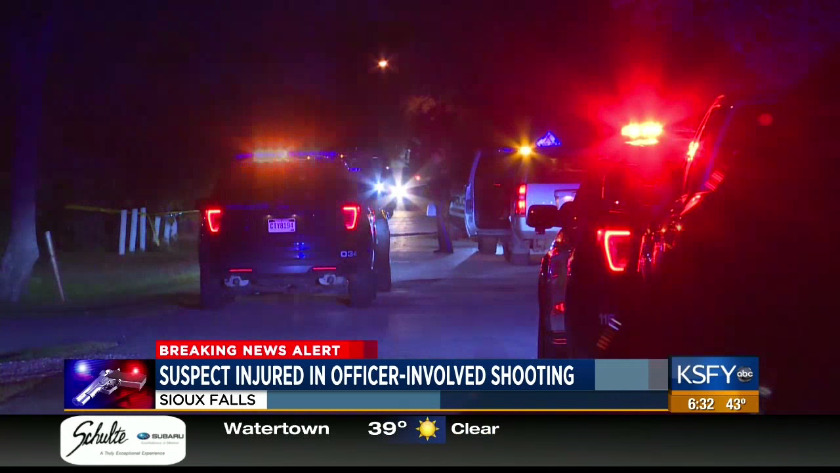 Sioux Falls police say the suspect injured in an officer-involved shooting threatened the officers with a handgun.

However, few other new details were released during the department's media briefing Monday morning.

Sioux Falls Police Department Chief Matt Burns said police responded to a report of an assault involving a firearm in northern Sioux Falls Sunday night. Investigators say the suspect showed a handgun to people at the residence, and those people called police.

Officers tracked down the suspect about an hour later at a nearby residence.

The suspect started to run. During the foot pursuit, Burns said the suspect displayed a handgun, prompting an officer to open fire. Police took the suspect into custody, and brought him to a Sioux Falls hospital for treatment.

Burns said he did not know the condition of the suspect, but said he believes he is alive. No one else was hurt.

The suspect's name has not been released, as charges have not been officially filed.

The two officers involved are on administrative leave and the South Dakota DCI has taken over the investigation, which Burns said is standard policy in any officer-involved shooting.

"These things are delicate matters," Burns said. "The DCI has a lot of experience investigating these, and they're very good at what they do."

Burns said he cannot release any further details about the incident because the DCI is now handling the case. While he stressed he did not want to get ahead of the DCI investigation, he expressed support for the officers' actions.

"It does take a lot of courage to pursue an armed suspect in a felony investigation. And that's what our officers displayed last night. I'm very confident in their actions," Burns said.

Authorities say a suspect is in the hospital after an officer-involved shooting in northern Sioux Falls.

The incident began around 9:30 p.m. Sunday when police received a call for service on the 3300 block of North 8th Avenue, just north of St. Michael's Cemetery.

According to Capt. Loren McManus of the Sioux Falls Police Department, investigators learned the suspect left the area, possibly armed, and was likely in a home a few blocks away. Officers began monitoring that house.

Around 10:25 p.m., officers saw the suspect and approached him. The suspect started to run. McManus said the suspect displayed a weapon, prompting an officer to open fire. The suspect was injured and taken to a Sioux Falls hospital.

McManus said the suspect's condition is unknown at this time. No officers were injured in the incident.

Police are still working to determine how many shots the officer fired during the incident. They say there is no danger to the public.

McManus did not have any further details about the initial police call at 9:30 p.m. that initiated the incident.

The South Dakota state department of Criminal Investigation will take over the investigation from this point, which is standard procedure in any officer-involved shooting.

More information is expected Monday morning at the 10:30 police briefing.