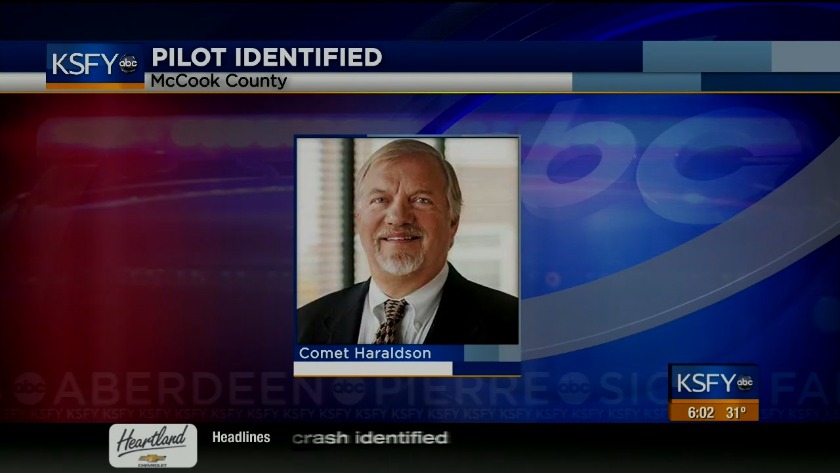 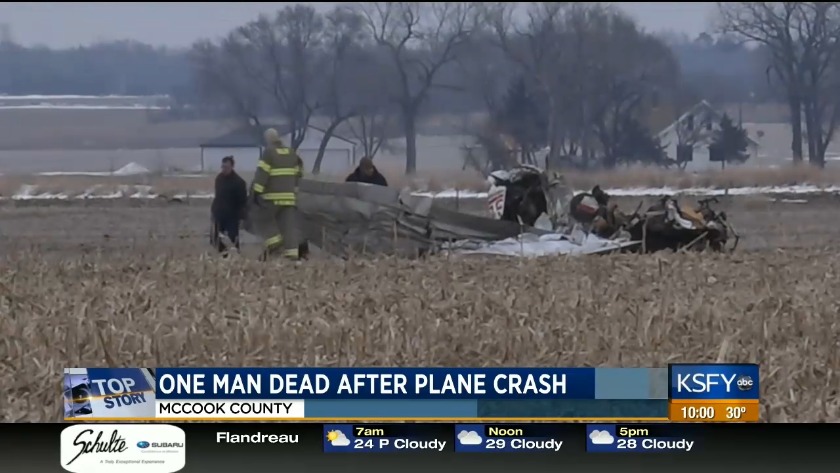 Authorities have identified the pilot that was killed in a plane crash over the weekend in southeast South Dakota.

Authorities said Haraldson had a medical issue prior to the crash.

The sheriff's department has cleared the wreckage, which is being stored in a secure county building due to the government shutdown.

Authorities say a medical condition is likely to blame for a deadly plane crash in southeast South Dakota.

A small single-engine aircraft crashed in a field between Canistota and Bridgewater around 2:15 p.m. Sunday.

Air traffic control audio, recorded on the website LiveATC.net, revealed a nearly half-hour struggle to help the pilot safely land the plane. Controllers advised the pilot to land in on a county road or a field, where first responders would be able to provide assistance.

The pilot ultimately was not able to land safely and crashed into a field.

"Today, our dispatch center got a call from the air traffic controllers out of Sioux Falls advising that they had a pilot that was calling in an emergency," McCook County Emergency Manager, Brad Stiefvater said.

Stiefvater said they were told the pilot was having health issues.

"He was having medical problems and having trouble controlling the plane as a result of those," Stiefvater

"We tried to reach this individual on the Unicom aircraft frequency from the ground to no avail and then 10 minutes later air traffic control advised that they had lost contact," Stiefvater said.

Shortly after losing contact with the pilot first responders found the crashed plane between Canistota and Bridgewater.

"The NTSB has been contacted and we'll be releasing no more information until the family is notified," Stiefvater said.

Authorities are not saying whether anyone else was on board the plane at the time of the crash.

Motorcycle crash results in one death, one injury

Four killed, one injured in wrong way crash on I-35W

Motorcycle crash results in one death, one injury

Four killed, one injured in wrong way crash on I-35W