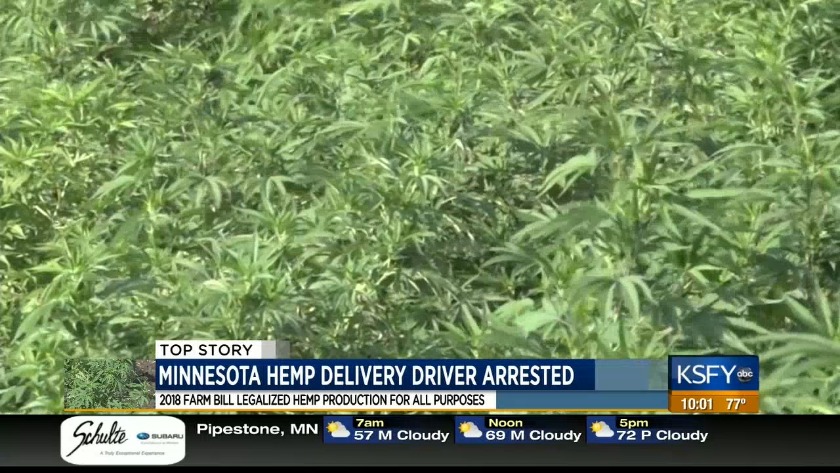 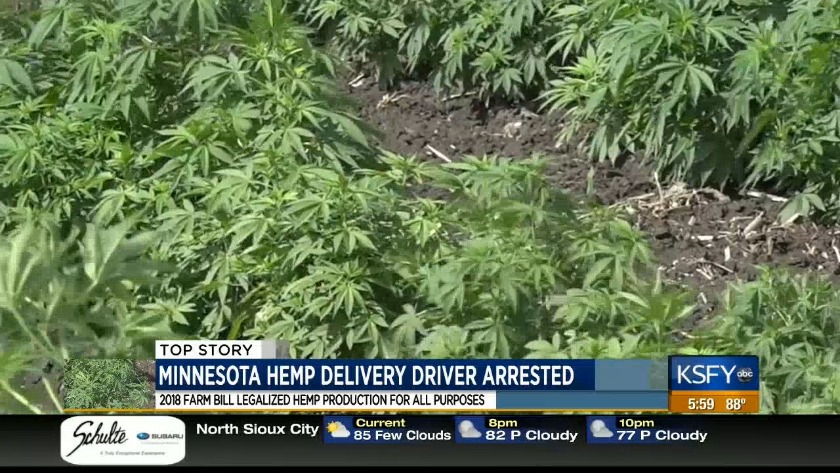 Robert Herzberg was arrested in Jackson County, South Dakota for speeding then the officer discovered he was transporting hemp from Colorado to Minneapolis. He was arrested for possession and possession with intent to distribute.

Industrial hemp is legal in Colorado and Minnesota but not South Dakota. The Minnesota Hemp Association is protesting the arrest.

South Dakota Governor Kristi Noem said industrial hemp will remain illegal in South Dakota until the question marks surrounding the issue are resolved, but after the 2018 farm bill was signed into law a 2019 federal memo notes that although states can halt production they can't block transportation.

"I would like to see the state give the product back to him and let him go on his way and not charge him with anything," Hemp farmer, Austin Langenfeld said.

The Minnesota Hemp Association sent out a release stating that South Dakota is not complying with the farm bill and allowing hemp to be transported.

"The farm bill does allow this, that it does allow the transportation across state lines including those states like South Dakota that have not legalized hemp," Scott Swier with Swier Law Firm said.

A memo from the U.S. Department of Agriculture said that states can enact and enforce hemp production laws, but cannot block a shipment.

"[South Dakota] is going to say the law is not clear. They’ll recognize the memorandum from the USDA but they're going to say that's not the law," Swier said.

Austin Langenfeld is a hemp farmer with Blackshire Farms in Luverne, Minnesota. His business will transport the hemp they grow to the producers that will turn it into a final product.

He said he doesn't see them having issues with this since they're selling primarily on the east coast where hemp is legal.

"But I mean with South Dakota being such a busy trade hub I can see where it will become an issue for plenty of people," Langenfeld said.

He said the farm already has a plan in place to avoid any states that don't allow hemp production.

"I personally feel as a South Dakotan that the governor kind of went up against the people by vetoing a very lucrative bill and now they're kind of insulting other states’ rights by seizing their products," Langenfeld said.

Just this past Monday, Governor Noem said "industrial hemp is surrounded by many question marks. It could be reckless to introduce a product that has serious implications on the health and safety of the next generation."

As for the driver that was arrested, before growers are allowed to sell hemp Langenfeld said it needs to be tested and certified as hemp.

Scott Swier said that this is a federal versus state law issue. The man arrested could go through the state court or take the federal court route and say that South Dakota is violating federal law.

Governor Noem's office said this is an ongoing investigation and couldn't comment on the case. She said she encourages the legislature to work together to answer questions like distinguishing hemp from marijuana roadside.