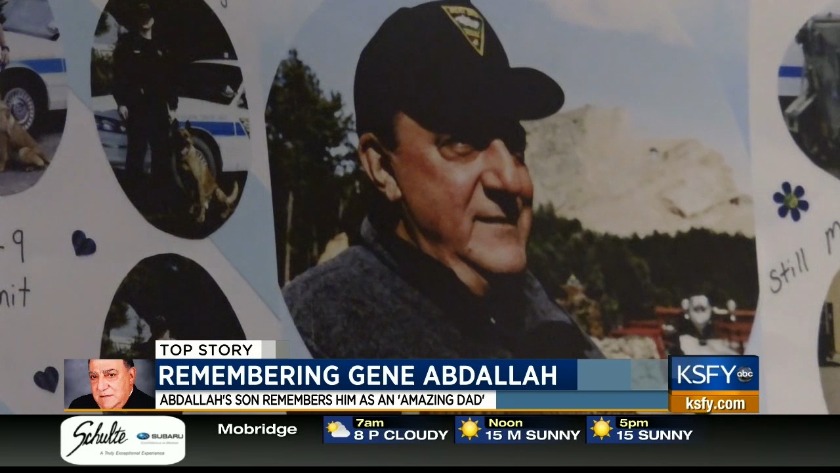 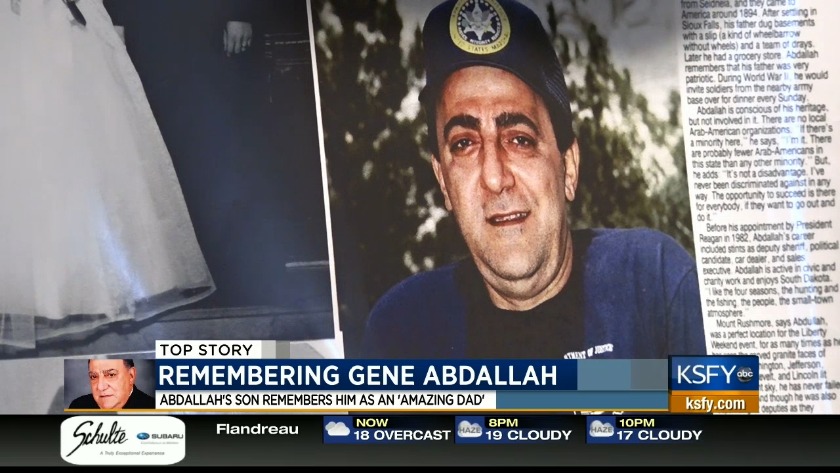 SIOUX FALLS, S.D. (KSFY) - Long-time public servant Gene Abdallah is being remembered by friends and family after all he did for the state of South Dakota.

He's accomplished many notable feats only some could aspire to accomplish.

The family says Gene had a gruff personality. Some would say intimidating at times, but most would say when you pull back the layers he had a huge heart. A teddy bear his son Scott Abdallah called him that would do anything for anyone.

"My dad was a lifelong public servant. He served in many different areas of law enforcement," Scott Abdallah said.

Gene Abdallah is being remembered for his selfless acts of kindness to those in South Dakota over his 83 years. He’s one of the longest-serving U.S. Marshal's with an extensive background in law enforcement and government.

"You knew how many people he touched, but at the same time until something like this happens you don't have a full appreciation of truly how many people his life touched. This past week has been a reminder of that," Abdallah said.

An overwhelming amount of support by the number of people that have reached out. Gene had a personality that people were attracted to. He was the life of the party with a huge personality.

"He was probably the funniest guy that we've ever met and I think most people would tell you that. If you have met him in life that he just had a sense of humor that was second to none," Abdallah said.

Gene’s father immigrated to Sioux Falls from Syria bringing with him the knowledge of hard work. Gene grew up with that from humble roots.

"It says a lot about the American dream," Abdallah said. "He was an amazing dad. I look back and I have two older brothers and I feel all of us were the luckiest kids in the world to have grown up with him as a father," Abdallah said.

He helped children in need and founded Sioux Falls Cares. It provides gifts to children around Christmas time for children who wouldn't otherwise have gifts. He also started the Law Enforcement Appreciation Dinner that started with only 53 attendees.

"He really dedicated his life to helping children in need and set up a law enforcement appreciation dinner that now hosts nearly 2,000 people every year and raises money in the name of law enforcement," Abdallah said.

"We’re going to do our best to continue that as he would want it continued," Abdallah said.

Scott says it's something that will be bittersweet because he knew his father wanted to make it to the dinner. It would have been Gene Abdallah's 38th annual dinner.