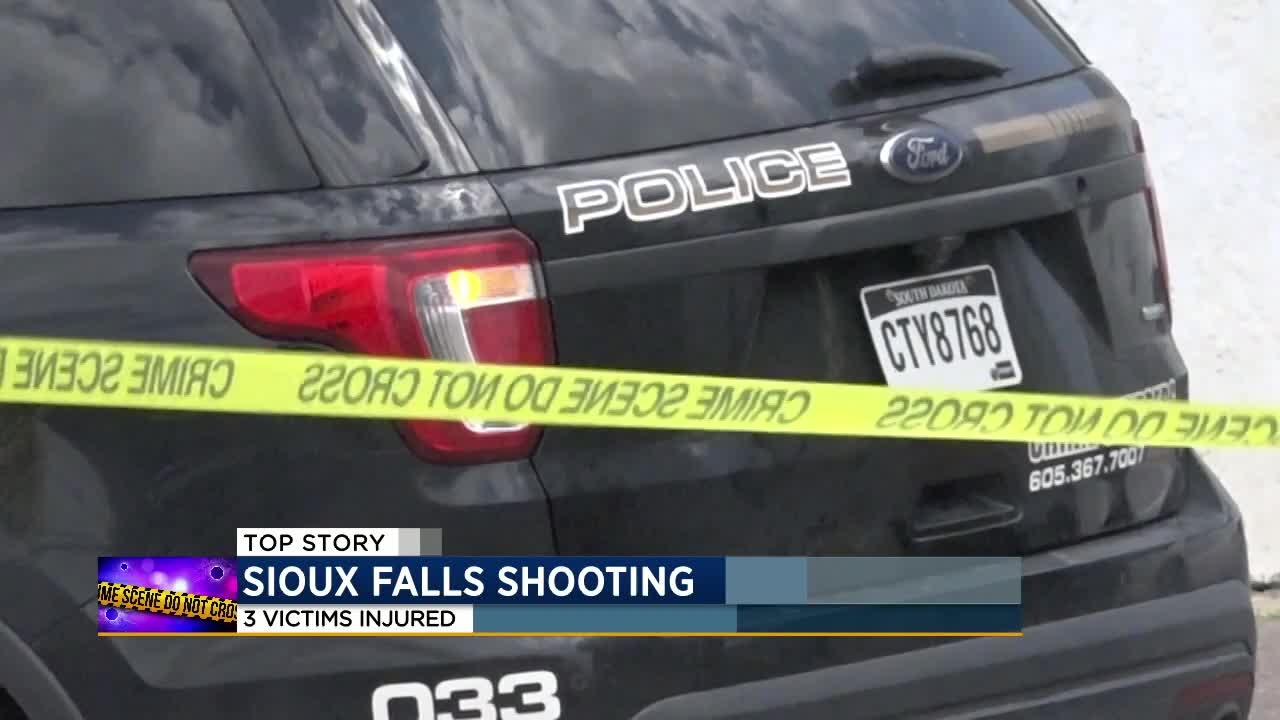 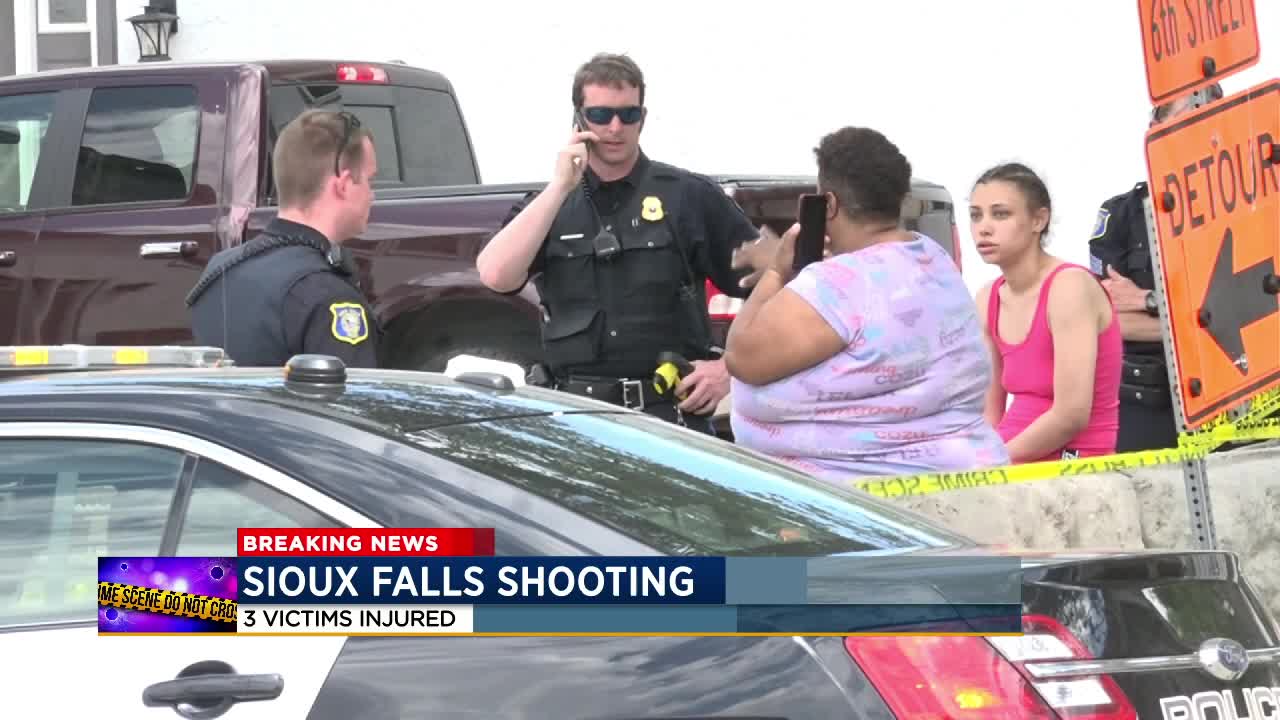 Officers responded to a report of gunshots early Saturday afternoon on the 100 block of North Cliff Avenue.

Police say several people were involved in an altercation. The suspect took out a handgun and began firing, striking three male victims.

The suspect then left in a vehicle driven by a woman.

The victims are being treated at Sioux Falls area hospitals.

Police are working to identify the suspect, who is being described as a black male between 40 and 50 years of age, with a medium build, and long dreadlocks.

Avera staff say there was a temporary lock down at the Avera McKennan Hospital south of the incident for safety precautions, but it was lifted at 3:20 p.m.

Police are looking for the vehicle that left the scene and identified it as a black 2000 Buick Park Avenue with South Dakota license plate number 1AP416.

Anyone with information about the shooting is asked to contact Crime Stoppers at (877) 367-7007.

(The Associated Press Contributed to this report.)

Injured man inside 'tote' dropped off at hospital

Injured man inside 'tote' dropped off at hospital