Mayor: No serious injuries reported due to storm; dozens of building damaged 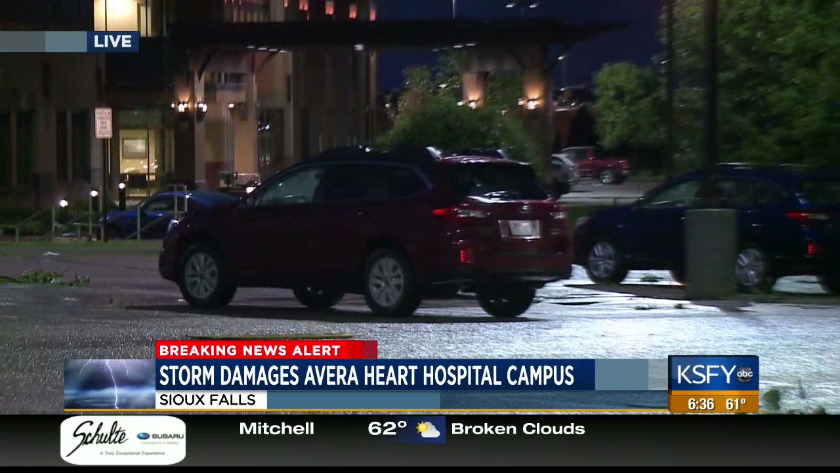 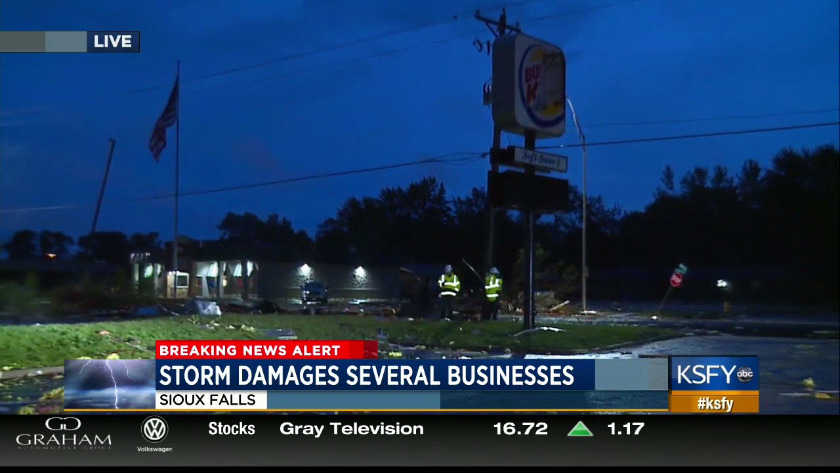 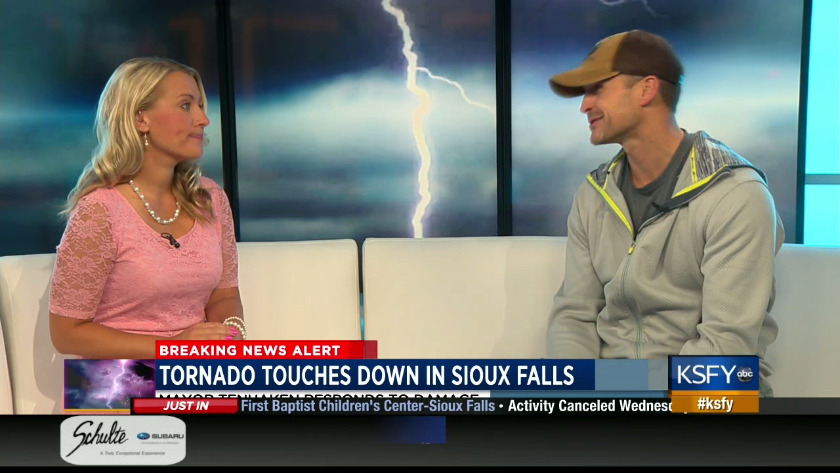 Authorities say a strong storm that hit Sioux Falls did not appear to result any deaths or serious injuries, but it did leave dozens of buildings damaged or destroyed.

Mayor Paul TenHaken says there have been a few minor injuries reported, but none were serious.

National Weather Service Meteorlogist Todd Heitkamp called the storm a "nightmarish situation." He said while one confirmed tornado touched down, though he said it is possible more than one hit. NWS teams will be out Tuesday to assess. Heitkamp said likely most of the damage was caused by straight line winds.

Director of Public Works Mark Cotter said the ares between Marion Road and Cliff Avenue, and from 26th Street to 85th Street were the hardest hit. He said so far, the city has confirmed 37 structures collapsed or had structural issues due to the storm.

TenHaken said there were some issues with the city's siren system. He said not all sirens were activated during the warning, which he called a "breach of city protocol." He said the city "owning up" to the issue, and is investigating what caused it. Though Heitkamp specified that those sirens are only meant to be heard outside, and people inside should rely on other measures.

Police say a no-travel advisory currently in effect will be lifted at 8 a.m. Authorities have asked anyone who does not need to be in areas with heavy damage to stay away.

The city has created a map showing the latest storm damage problems around town. You can see it here.

Among the hardest-hit areas was 41st Street around the Western Mall. Several businesses, including Advanced Auto Parts, Pizza Ranch, and Tuesday Morning.

The Avera Heart Hospital campus on 69th Street also received a great deal of damage. An Avera spokesperson said the Behavioral Health building had to be evacuated. One person received minor injuries at the hospital.

Sioux Falls city leaders are set to give an update on the damages left by a devastating storm overnight.

The press conference is set to take place at 5 a.m. Wednesday.

A storm tore through the city Tuesday night into early Wednesday morning, bringing heavy winds and at least one confirmed tornado.

The city has created a map showing the latest storm damage problems around town. You can see it here.