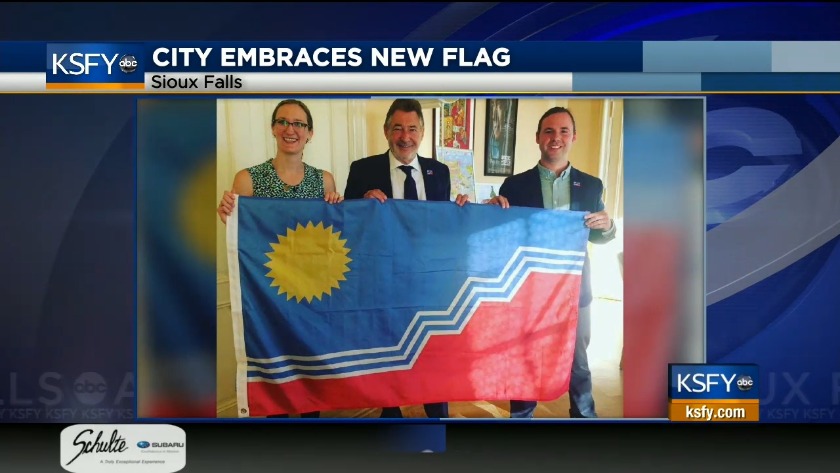 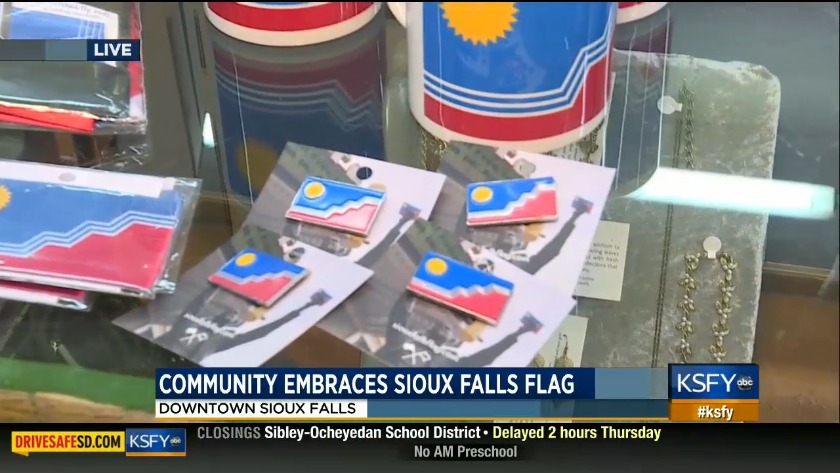 What is represented on the Sioux Falls Flag? 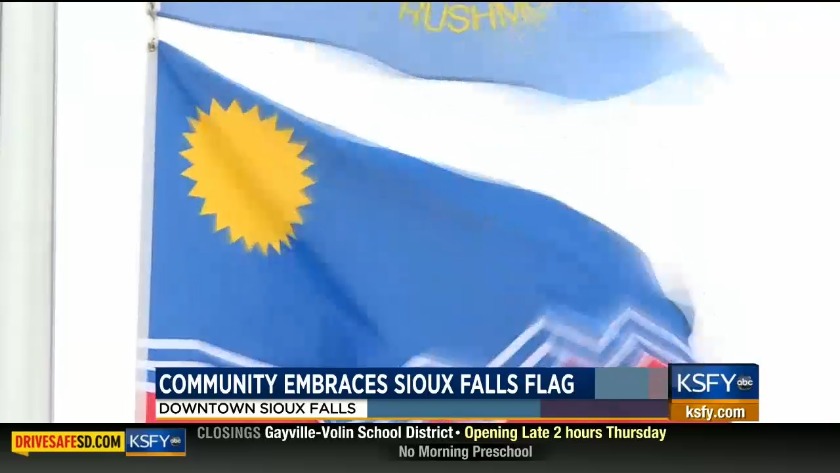 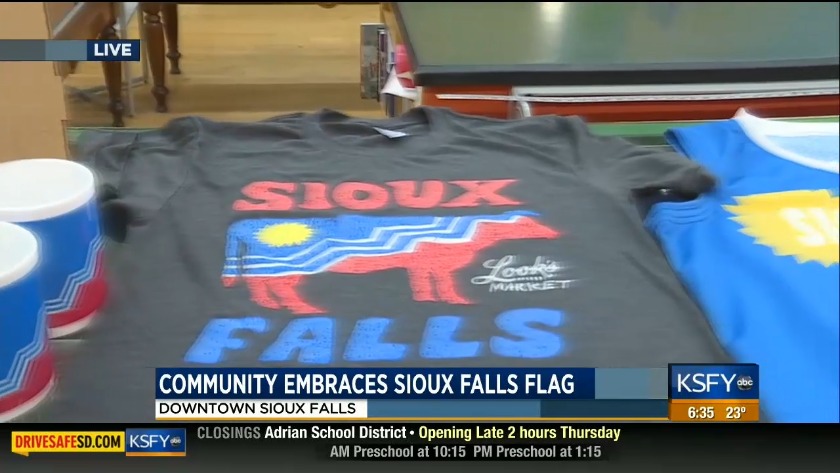 "It's been really exciting to see all the different varieties of the Sioux Falls flag and how people have incorporated it into their business, the city facilities," City Councilor Christine Erickson said.

A couple of advocates for the flag, Kelsie Jo Thomas and Kellen Boice, said it's been fun to watch the community rally around the flag and come up with their own artistic interpretations. The design of the flag is a public domain, so organizations are legally able to make their own artistic interpretations of it. The two started the website called For Social Goods to sell the flag that can be sent anywhere in the United States. Zandbroz Variety in Downtown Sioux Falls is another business that sells the flag that can be flown outside.

The city flag is currently flown outside of several city buildings in Downtown Sioux Falls, inside the Mayor's office, and inside the City Council Chambers.

Thomas explained the various aspects of the flag. She said the pink represents quartzite. The lines on it are the falls, but it can also mean the upward potential of the city. The blue and yellow are taken from South Dakota's flag, and the yellow is part of the state seal.

2020 Census: Why your community needs your participation

Bankruptcy will not financially impact Boy Scouts in South Dakota

2020 Census: Why your community needs your participation

Bankruptcy will not financially impact Boy Scouts in South Dakota