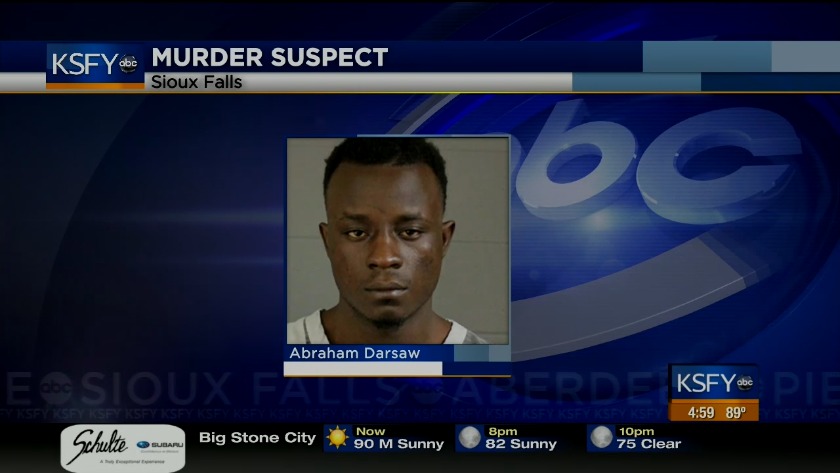 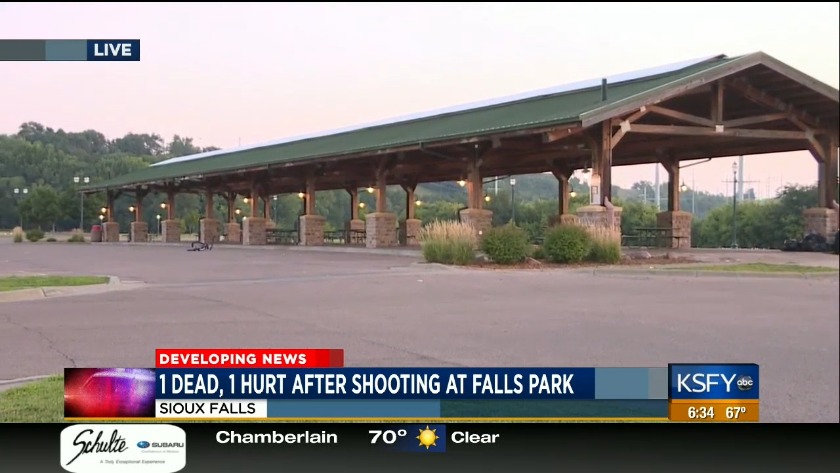 One person is dead after an overnight shooting in Sioux Falls 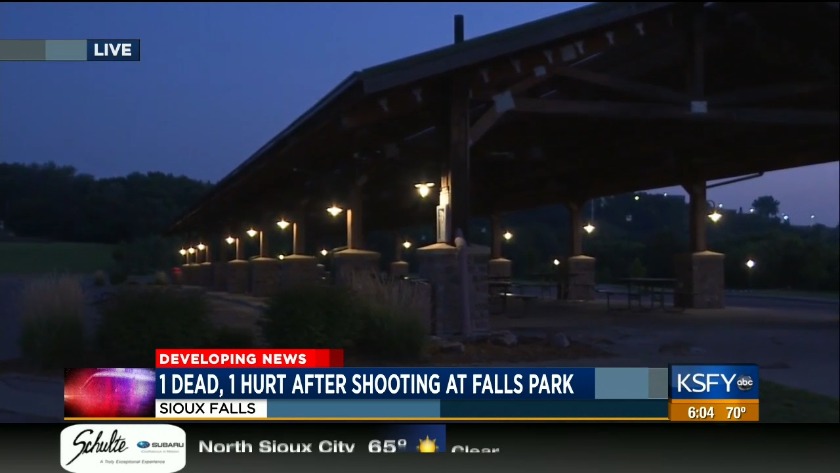 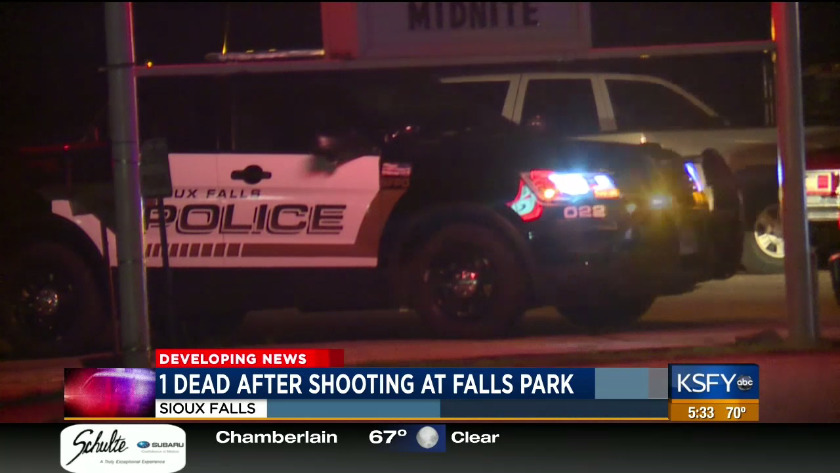 According to the Minnehaha County Sheriff's Office, Abraham Darsaw was arrested Monday night. Darsaw was the suspect wanted in connection to the fatal shooting, Sunday night.

Authorities have issued an arrest warrant for a man suspected of fatally shooting one and injuring another at Falls Park Sunday night.

Anyone with information on Darsaw's whereabouts is asked to call Crime Stoppers at 877-367-7007.

Police said the shooting happened Sunday night just before 10 p.m. where a large group was gathering at the Farmers Market. Two smaller groups began to argue.

According to court documents, the argument began over "someone disrespecting a female."

Witnesses saw Darsaw pull a pistol and fire it, police said. Two men were hit and taken to a hospital. A 25-year-old man died and a 22-year-old man is in stable condition.
___

Police say an argument led to a shooting at Falls Park over the weekend that took the life of a 25-year-old Sioux Falls man.

An argument began between people who had "bad blood," Clemens said. Some pushing and shoving allegedly led the suspect to pull out a handgun.

Two people were shot and taken by family or friends to the hospital where one died from his injuries.

A 22-year-old man is in stable condition, Clemens said.

There is no danger to the public as this was not a random shooting, Clemens said. Police are not sure if alcohol was involved or if the incident was gang related.

The suspect is still at-large. Police have an idea of who the suspect is but are working to confirm. Once they have confirmed, police will release the name and description of the suspect.

Authorities found a gun at the scene and are working to determine if it was the firearm used in the shooting.

Police do not know at this time if the incident is related to another shooting that happened Saturday night near 12th Street and Summit Avenue that injured one person.

One person is dead after a shooting in Falls Park in central Sioux Falls.

Police tell KSFY News there were two people hurt in a shooting that occurred just before 10:00 p.m. Sunday. One of those victims later succumbed to their injuries at a Sioux Falls hospital.

Authorities have not confirmed any other details about the shooting at this point. Police say it is still under investigation.

The shooting happened near the Farmers Market area on the northern edge of Falls Park. Several witnesses tell KSFY News a post-wedding party was taking place at the area immediately prior to the shooting. The party dispersed once reports of gunshots got out.

"We heard what sounded like fireworks, and then it went quiet - then everything went into panic mode," said Sharon Bolte, who was nearby when the incident took place. "It was chaos. People running around screaming. Cars trying to leave, and then police actually blocked off the exit so they couldn't leave. It was just a big panic."

It is still unclear if the shooting was related to the wedding party in any way.

Anyone with information about the shooting can call Crime Stoppers at 367-7007.

We expect to learn more about the shooting at Monday's daily police media briefing at 10:30 a.m. Check back for updates.

A large police presence is currently investigating an incident in Falls Park in Sioux Falls.

KSFY News has received reports of shots being fired in area of the Farmers Market on the north side of the park. We have not been able to confirm these reports with police at this point.

Multiple witnesses tell KSFY News a wedding reception was taking place at the park prior to the shooting. It is still unclear if that event was in any way connected to reported shooting.

This is a developing news story. We expect to learn more details soon. Check back for updates.

Not guilty plea entered to assault, abuse of child under 7

Not guilty plea entered to assault, abuse of child under 7