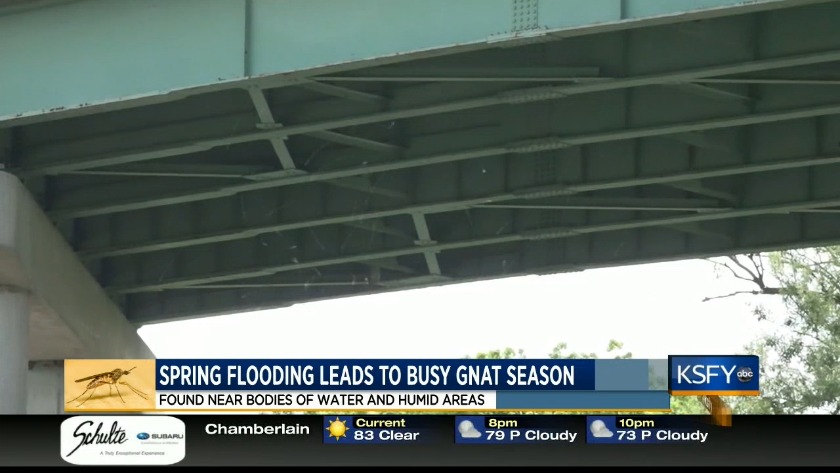 Gnats taking over parks and trails 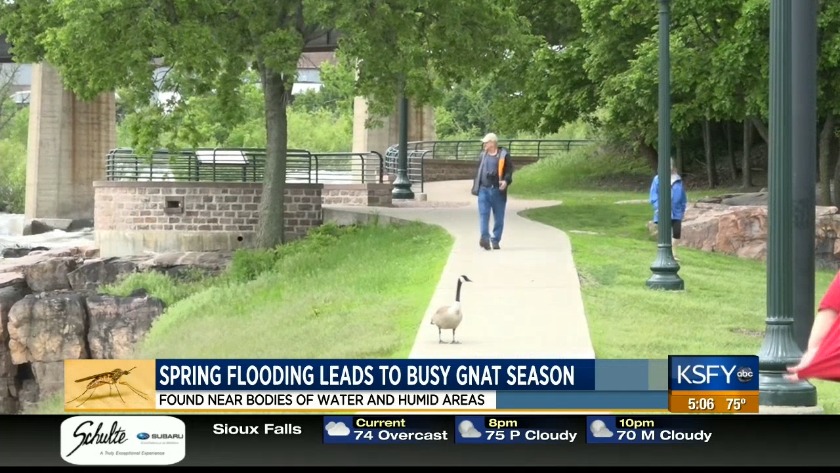 Gnats taking over outside

SIOUX FALLS, S.D. (KSFY) - With the warm weather back people aren't the only ones buzzing with anticipation to get back outside. Gnats and mosquitoes are making their way back and it's looking to be a busy year for them.

Gnats are taking over outside they're even finding their way inside and we've come to learn they're not going anywhere anytime soon.

Many people have been itching to get back outside to enjoy the sun but they're itching in a different way now. Early in the spring the insects come out in full force including those pesky gnats.

"As far as the day goes it's gorgeous, I’m not having a problem," Falls Park visitor, Richard Bleil said.

Although some people KSFY spoke with Monday at Falls Park say they're not having a problem gnats still hide out in those shaded areas. Gnats hang around flowing waters so with the spring flooding it brought them out quicker than normal magnifying the problem.

"We're seeing a really big mix of both gnats and mosquitoes but as that water kind of starts to settle in a little bit and starts to saturate into the ground and become more still I think we'll see those numbers skew,” City of Sioux Falls Health Program Coordinator, Denise Patton said.

Gnats are hanging out everywhere this spring maybe along a large body of water or maybe even near your homes.

They're drawn to the light and warmth around a home making it the perfect place for them to sneak inside. Patton said you may want to stock up on a good bug spray.

"Good news is all the products that we would use with the city are available to people to use at their house. So you can go to any hardware store and you can pick up a product that you can like spray your screen door, you can spray your garage door around the side of your house," Patton said.

She said it's been too cool for them to pop up from where they've been hibernating but...

"The last couple of days we've finally gotten that sunshine we've been waiting for," Patton said.