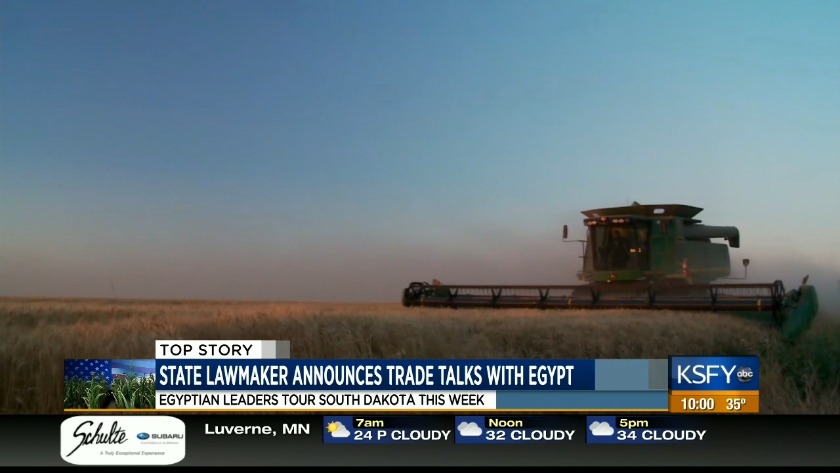 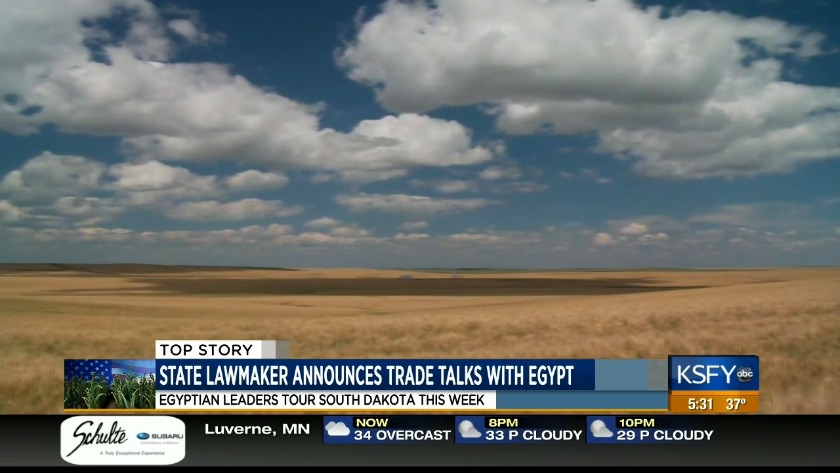 SOUTH DAKOTA (KSFY) - Ongoing tariff wars between the United States and China has forced people in agriculture to find new solutions. A South Dakota lawmaker is working with leaders from Egypt to start new trade delegations.

Since agreements between the U.S. and China are still being hammered out South Dakota State Representative Michael Saba is taking matters into his own hands and finding ways to move South Dakota agriculture forward.

"Egypt is already one of the 10 top purchasers of U.S. soybeans and U.S. corn, but we've never had them here directly," Saba said.

Talks with different nations on trade started when the U.S. lost China, one of their largest agricultural trade partners.

Saba said as a state South Dakota needs to look for other markets since the tariffs imposed have been crippling economies.

"We as representatives of the public need to take care of our state and do the right things for our state," Saba said.

Egyptian purchasers of soybeans, corn and agricultural technology will be coming in to visit with South Dakota sellers. They want them to see the quality of the products first hand before Egypt purchases them.

The side effects from the fallout earlier this year required some farmers to seek federal aid, something many don't want. Saba is now saying that the region has seen a dramatic loss because of the dependency on the Chinese market.

"Our farmers don't want to be dependent on subsidies. People say well they get this money in place of it. That’s taxpayer money! That’s their money and my money and your money," Saba said.

Agriculture drives South Dakota. About 70 percent of the economy depends on it. That's why Saba says the state should be more direct in working with other nations.

Those Egyptian leaders will be in the U.S. for five days. Three of those days here in South Dakota and the two others in Iowa.

Coronavirus could have impact on South Dakota farmers

Coronavirus could have impact on South Dakota farmers