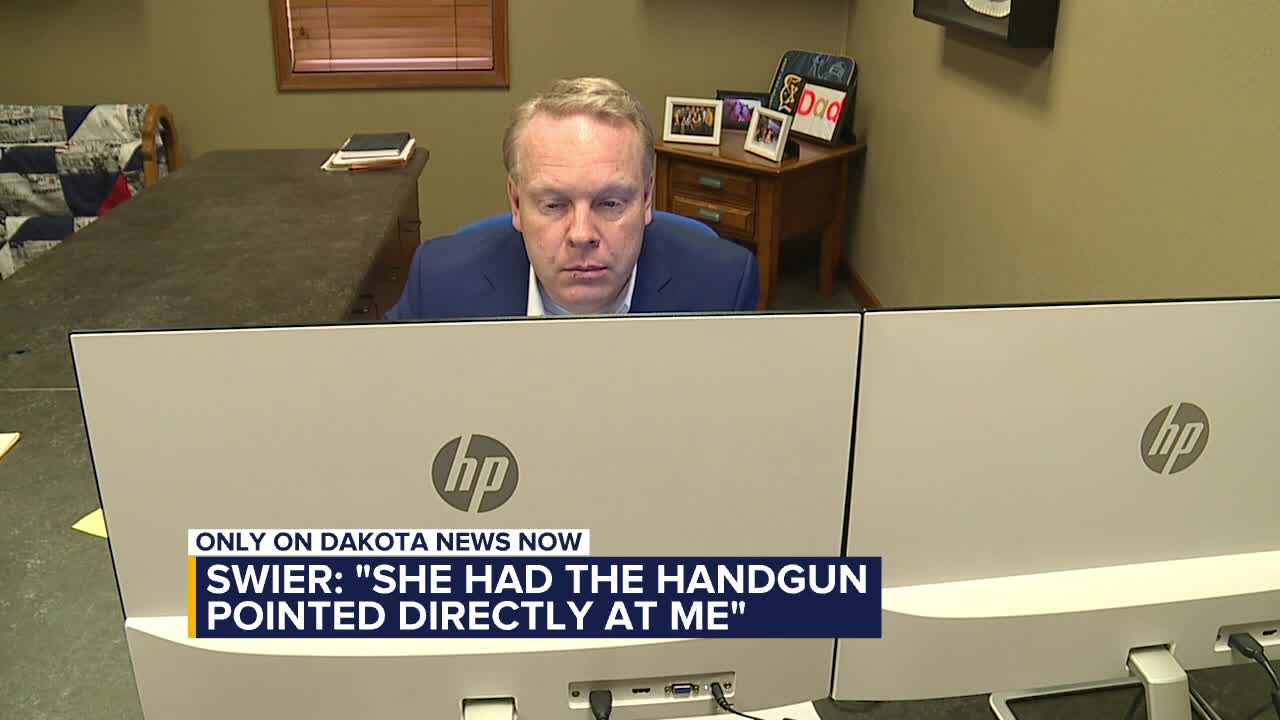 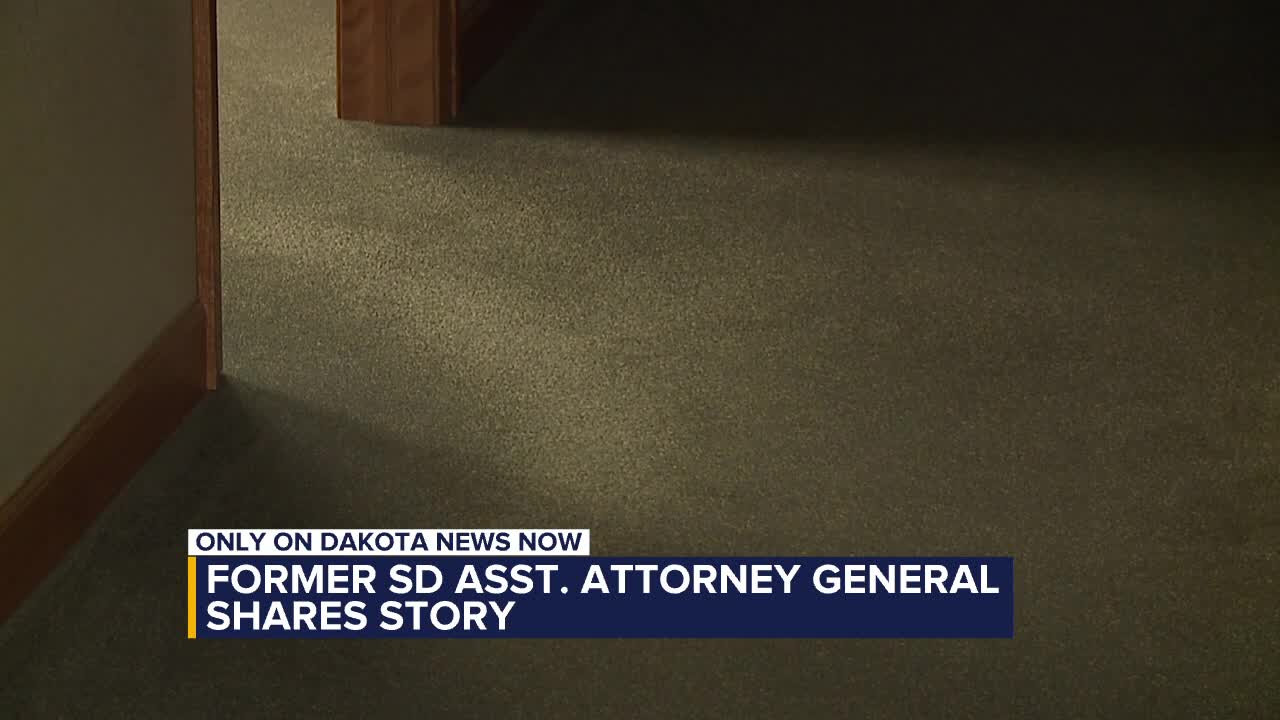 On Monday, February 3rd, Swier said Leibel held him at gunpoint at one of his law offices in Avon, SD. He was the only one left in his office for the day because he stayed a little later to get some work done.

"I looked up, and I saw this person in my door, pointing a gun at me," Swier said. "At the very beginning, it's almost like you're in a movie, and you really don't think that it's happening."

He said he had no idea who the woman was standing in his doorway.

"Of course, the entire time, she had the handgun pointed directly at me and then indicated that the school district and I, as the school attorney, were sending her some satanic messages over the TV and her computer," Swier said. "So at that point, I knew we had a potential mental illness issue."

His legal instinct took over, and he knew he had to de-escalate the situation.

"That probably went on for about 3 to 5 minutes, where I was negotiating with her, but I was also negotiating, looking down the barrel of the handgun," Swier said.

Then, she pulled out a knife. He said he was able to convince her to put both weapons down on his desk and he took her to his conference room. He was discreetly texting his wife in between this to get help.
An officer arrived, took the weapons, and arrested the woman.

"There were plenty of bullets in the handgun, which kind of made me think again, wow. This was real," Swier said.

He's sharing his story because he thinks people need to be more aware.

"To say that I consider myself fortunate is an understatement," Swier said. "But it does show that things happen and that mental illness is not just relegated to big cities or places on the east or west coast. Mental illness is an issue that we have everywhere, including South Dakota, including our small towns."

Swier said he is now rethinking security at all of his offices across the state.

Leibel was indicted by a grand jury on February 4th for both aggravated assault charges. The judge set her bond at $100,000 cash only. Leibel is from Tyndall, SD. The Bon Homme County State's attorney, Lisa Rothschadl, will prosecute the case, and Swier said he has full confidence in her.

Rally planned in Aberdeen on Saturday

Rally planned in Aberdeen on Saturday