What issues do zebra mussels cause in bodies of water? 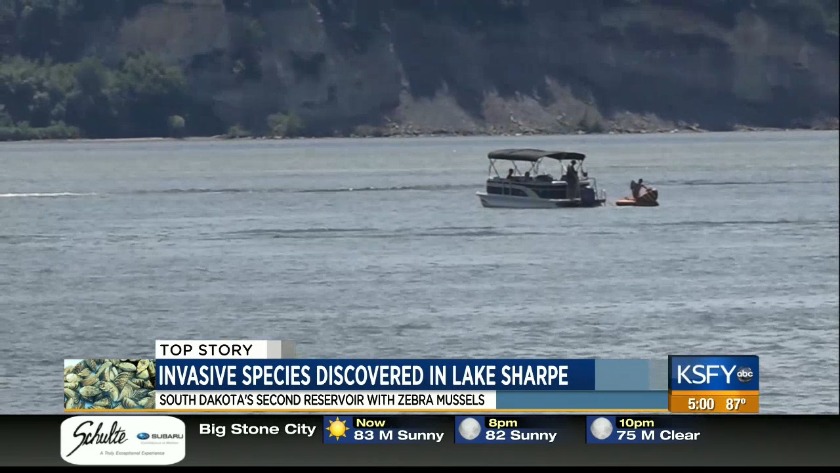 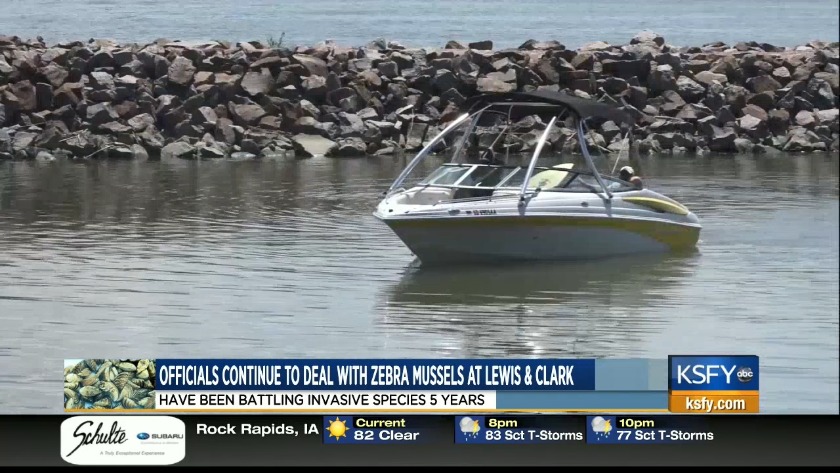 Invasive Species in Bodies of Water

YANKTON, S.D. - Taxpayers could face millions of dollars in costs, and boaters could face new restrictions after an invasive species was discovered in Lake Sharpe. That's a Missouri River Reservoir near Fort Thompson. It's the second major reservoir in the state to be infected with zebra mussels.

There are a total of five different bodies of water across South Dakota that are dealing with zebra mussels. But Lewis and Clark Lake has been dealing with them for almost five years.

"There is no control right now that is really feasible to eradicate zebra mussels once they've infested a new water body," B.J. Schall said, who is a biologist with the South Dakota Game, Fish and Parks Department.

Zebra mussels have been wreaking havoc in Lewis and Clark Lake since 2014.

"Since then, the numbers have steadily increased over that time, and I know the Corps of Engineers have dealt with a lot of issues with the cooling equipment and the power house of the dam," Shane Bertsch said, who is the Lewis & Clark Recreation Area District Supervisor.

Once the zebra mussel enters a lake, it's invisible to the naked eye. But once it reaches adulthood, it grows into a hard shell that can cause issues to water pipes for rural water systems and even hurt boats, which can be a defeating situation.

"Right now, there's really nothing we can do to get rid of them because it is a flowing body of water. Right now, we're just trying to get the word out and try not to let them spread to other lakes," Bertsch said.

While the main concern is with infrastructure, the zebra mussels can also damage the lake's ecosystem.

"They'll pull plankton out of the water. It causes the water to clear up, which then is going to change the way light penetrates. You'll get more plant growth," Schall said. "So, your lakes will become more choked out with plants, including, if there are invasive plant species in there that they might become a bigger issue."

But, there is some good news for Lewis and Clark Lake.

"The zebra mussels should peak and then they should kind of level off and we'll just kind of maintain a population," Bertsch said.

Game, Fish and Parks officers are encouraging boaters to pull out the plug and let the water drain out of the boat after using it and to even rinse it with hot water to help stop the spread of zebra mussels.