Sioux Falls Women Roll At Minot While Men Are Upset

MINOT, N.D. WOMEN'S RECAP
MINOT, N.D.— The No. 14 University of Sioux Falls Women's Basketball team took care of business in Minot, N.D., on Saturday, dismantling the Minot State Beavers, 87-53, at the Minot State Dome. The Cougars are now 17-2 overall, and 10-2 in NSIC action.

With the victory, the eighth straight for USF, the Cougars retain their two-game lead over Winona State and Wayne State for the Northern Sun Intercollegiate Athletic Conference (NSIC) South, with a matchup against Winona State coming next Saturday. Against the NSIC South, the Cougars are a perfect 8-0.

The Numbers-
The Cougars had a very balanced offense on Saturday, with there being a three-way knot for leading scorers, with seniors Augusta Thramer, Kaely Hummel, and Jessie Geer all scoring 15 points a piece. Senior Mariah Szymanski was the fourth and final player in double digits, just one behind the others with 14 points.

Hummel made three treys, putting her at 246 career three-pointers. The final three put Hummel ahead of Taylor Varsho (245 threes) for second all-time in program history.

Szymanski and Hummel combined for five threes, putting the two at a combined career total of 398 three-pointers (398-for-1,070, 37.2 percent), the best clip for a guard tandem in program history.

Thramer, the South Sioux City, Neb. native, has a spectacular start to the game, hitting her first three attempts from beyond the arc. Thramer finished the day with a perfect 3-for-3 from three-point range, and 6-for-7 (85.7 percent) from the field. The three three-pointers also set a career-high for treys made in Thramer's career, a record set (two three-pointers) against Minot State a year ago.

For turnovers, USF were a nuisance on defense for the Beavers, causing 23 turnovers, including 11 steals. The turnover margin was plus-17 in favor of the Cougars. Off the turnover, USF saw 21 points scored compared to the Beavers' five points.

Game Highlights-
First Quarter-
-The Cougars started the quarter on an 8-0 run off a pair of threes from Thramer and a layup by Szymanski.
-USF had another 10-0 run to take a 21-5 lead over the Beavers at 3:23 on the clock.

Second Quarter-
-Sioux Falls had another quick start to a quarter, going 11-5 to go ahead 34-15.
-Hummel hit a three-pointer to give USF their largest lead of the half (23) with :17 left in the half.

Fourth Quarter-
-USF dominated the fourth quarter, outscoring the Beavers 23-7 in the final 10 minutes
-Freshman Ashley Wells hit a three with :16 left in the contest to give the Cougars their largest lead of the game (36 points)

What's Next for USF-
The Cougars will return to the Stewart Center for a weekend series against Upper Iowa on Friday, and Winona State on Saturday. The Peacocks are fresh off a good weekend, falling in an overtime battle with Bemidji State before beating Minnesota Crookston by 15. Winona State have won five of their last seven, including their weekend sweep of UMC and BSU.

In a game with 22 lead changes, the Cougars had a seven-game winning streak end but remained tied for the overall NSIC lead (Northern State, 14-4, 10-2, North Division leaders) at 10-2. With the setback, USF drops to 14-4 overall, which is still the program's top mark through 18 games while in NCAA DII. USF, which will host Upper Iowa (Friday, Jan. 24, 7:30 pm) and Winona State (Saturday, Jan. 25, 5:30 pm) next weekend at the Stewart Center, lead the NSIC South by two games.

USF, which trailed by seven (26-19) in the first half, took a 52-46 lead with 10:22 to play. However, Max Cody, who had 11 points for MiSU, made a pair of jumpers late in the game, including a jumper a minute to go to help the Beavers to a 66-63 lead. USF tied the game on a lay-up by Trevon Adams with 30 seconds left. With nine seconds to go Sam Ohlrich hit a game-winning three-pointer.

"It was a heart-breaker no doubt," said USF Head Coach Chris Johnson. "We battled all night but didn't seem to find any sustained offensive momentum. Give Minot State credit, they kept finding a way to battle back and take the lead late in the game. We will learn from this and get back to work next week for a couple of tough NSIC games next weekend," said Johnson.

Pal finished 10-of-15 from the floor and made 1-of-3 foul shots for his 21 points as he reached 20 points for the second time in his career. He also had seven rebounds, two assists and three blocked shots. Sophomore guard Chase Grinde had 14 points, four assists and three rebounds. USF had a third player in double digits as junior guard Trevon Adams had 13 points and three rebounds. He made three of USF's four three-pointers. Freshman guard Jack Thompson finished with nine points along with a career-high seven rebounds and tied a career-best with six assists.

MiSU broke an 11-game losing streak with its first league win as Kyle Beisch had 18 points which included 11-of-12 shooting at the foul line. Ohlrich had 14 points and made all four of his three-point shots while Kody Dwyer added 12 for the Beavers. MiSU hit 23-of-54 shots for 42.6 percent and made 15-of-20 free throws. The difference in the game was the Beavers had an 8-to-4 advantage from 3-point range.

USF lost for just the second time in 13 games when leading at the break. They held a 37-35 halftime margin but was outscored 34-29 in the second half.

Game Recap -
In the opening half, both teams had their offenses flowing and early on were shooting over 60 percent from the floor. MISU hit nine of their first 15 shots and USF made 9-of-14. Then, things started to settle down. The Cougars, which had 17 points from Pal in the opening half, made 12-of-22 field goals for 54.5 percent while MiSU, which was led by eight points from Kody Dwyer, was 12-of-27 for 44 percent. USF had just two made threes in seven attempts in the opening half while MiSU knocked in 5-of-12 shots from beyond the arc. USF, which trailed by as many as seven points (26-19, 10:23, 1st half), had an 11-to-6 edge in free throws and USF that advantage to take a 37-35 lead to the break.

Following a USF timeout, Thompson scored on a jumper to cut the lead to five (26-21, 9:42). MISU hit 9-of-15 shots to open the game and that included 3-of-6 from three. USF was 9-of-14 for 64.3 percent in the first 11 minutes but MiSU had a 5-1 advantage at the foul line. At the 7:54 mark, Pal scored again inside and Thompson, who had seven points in the first half, hit a pair of foul shots to cut the lead to 29-27 with 7:06 left in the first half. Grinde made a pair of foul shots and Slater had another as the Cougars cut the lead to 32-31 with 3:59 to play. But the Cougars were able to grab the first half advantage when Grinde grabbed an offensive board and dished the ball to Pal for a dunk and the 37-35 margin.

Despite the slow open to the second half, USF tied the game on dunk by Slater, who had eight points and five rebounds, with 12 minutes on the clock. USF regained the lead at 47-46 with a free throw from Devin Green (11:44). Later a triple from Adams and two foul shots provided USF with a 52-46 margin (9:45) after an 8-0 run.

After Beisch tied the game on two foul shots, Grinde had another lay-up for another two-point lead. However, MiSU took a three-point lead at 62-59 after a Beisch basket (3:03). Once again, USF responded when Grinde had a jumper and two foul shots for a 63-62 advantage at the 2:04 mark.

After that Cody came up with a pair of crucial jump shots for a 66-63 lead with 1:03 to play. When USF had a foul shot from Grinde and a lay-up from Adams to tie the game, it set the stage for Ohlrich's game-winning shot as USF lost on the road (6-1) for the first time in league play.

Coyotes Proving They Can Thrive In Close Games

Jackrabbit Women Hope To Build Off Positives After USD Loss 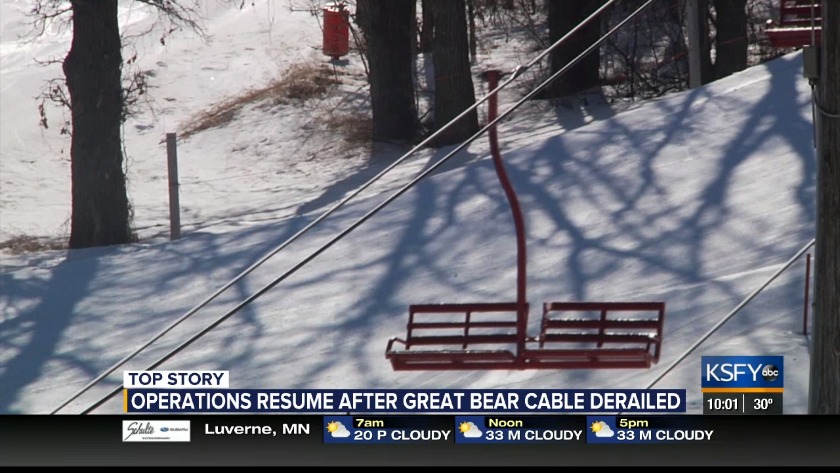 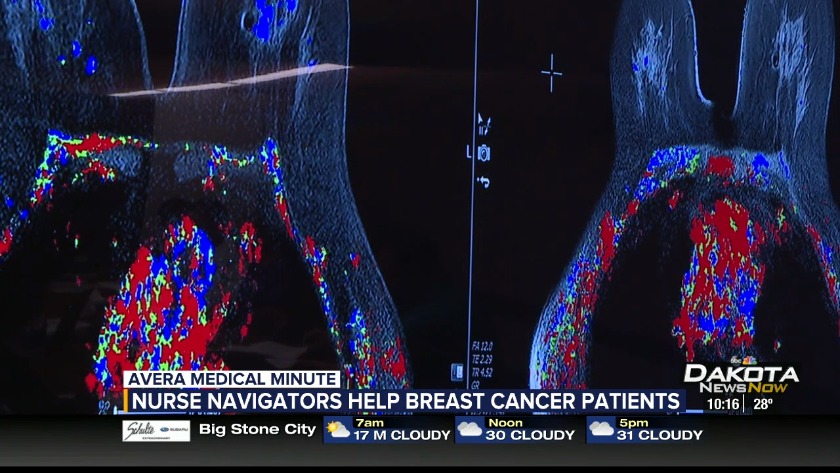 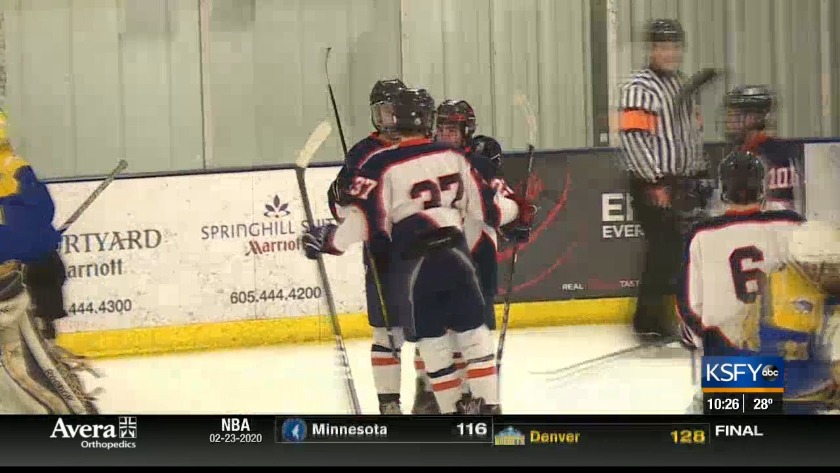 Coyotes Proving They Can Thrive In Close Games

Jackrabbit Women Hope To Build Off Positives After USD Loss